Solar panels are helping to unlock the secrets of the final frontier, as spacecraft tackle the most extreme environments powered by renewable energy. 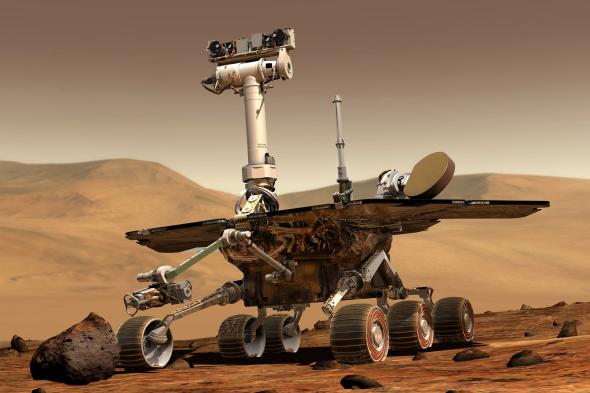 NASA’s Mars rover Opportunity has hit the headlines in recent weeks after being knocked out of action by a giant dust storm.

The batteries onboard the ageing rover are charged by solar panels, but thick dust covering one-quarter of the red planet blotted out the sun and sent Opportunity into hibernation.

Since launching in 2003 and landing on Mars in 2004, Opportunity has relayed information about Martian rocks and soil back to Earth.

The rover’s Mars mission was initially planned to be just 90 days, but 15 years later the solar-powered survivor is still going strong and scientists hope it will bounce back into action when the dust settles in the coming weeks or months.

Although Opportunity has been sent to sleep by dust storms in the past, its battery levels are thought to be much lower this time. Scientists remain hopeful that it will awaken when the dust settles, and Mars’ warmer summer temperatures should protect the rover from freezing.

2018 marks the 60th anniversary of solar power first entering orbit aboard Vanguard 1, a tiny US satellite launched in 1958.

The grapefruit sized Vanguard 1 was the fourth satellite sent into space and now holds the record for the oldest man-made item in orbit. Its battery powered predecessors Sputnik 1 and Sputnik 2 reentered within a year of their launch, while its older American sibling Explorer 1 came back to Earth in 1970.

Vanguard 1’s six small solar cells powered a radio transmitter with around one watt of energy, lasting more than six years before the satellite’s signal was received for the final time by an Ecuadorian base in 1964.

Vanguard 1 proved the potential of solar in space, but also back on Earth.

The first solar cells became available commercially in the mid-1950s for around $300 for a single watt cell. The price was well beyond most people, but the technology found a market in the emerging space industry.

The game-changing little satellite’s legacy continues today, with the International Space Station’s four solar arrays generating as much as 120 killowatts of electricity.

Solar and space a perfect match

Taking around 90 minutes to circumnavigate Earth, satellites in low orbit are left in the dark for far shorter periods than our nights. This provides plenty of opportunity for solar cells to power the day-to-day operations on board, or recharge batteries for the times when they aren’t in sunlight.

The endless reserves of solar energy in space provide a reliable and durable supply of power, without the cost and complexity of transporting fuel from Earth. Getting payloads into space remains a significant challenge, NASA citing costs of around US$10,000 for every pound of weight launched into orbit.

Solar photovoltaics work well amongst the inner planets where there is plenty of solar radiation to make power, but become less efficient the further craft travel from the sun. NASA’s Juno mission to Jupiter needed to be fitted with three bus-sized solar arrays to generate the required power.

Free from cloudy weather, atmosphere or nights, space is so well suited to solar energy that extra-terrestrial power stations could one day beam renewable energy back to Earth.

It sounds like science-fiction, but scientists say the physics stack up – the main barrier is the prohibitive cost of launching the required components into space.

Wirelessly relaying the energy to receivers on Earth is already technically feasible through a network of orbiting laser or microwave transmitters.

With demand for renewable energy higher than ever before – and NASA working hard to lower the cost of launching of payloads into space – the far-fetched idea could become a reality within a decade if companies like California-based space solar aspirants Solaren can make the costs competitive with terrestrial generation.

Given the rate of progress since the early solar powered space missions, the sky clearly isn’t the limit.

Alongside skyrocketing efficiency, the costs of solar photovoltaics have plummeted.

From costing around $300 per watt for the first commercially available photovoltaic panel in the mid-1950s, to as low as 30 cents per watt today, the plummeting price of solar is transforming the terrestrial energy market.

In the past decade nearly 1.8 million Australian households have installed rooftop solar, while our domestic large-scale solar industry is taking flight with 30GW worth of projects seeking connection to the grid in Queensland alone.

Driving down the cost of new renewabl... Read more
Solar energy
How do hydropanels work? image

In Australia, the driest continent on... Read more
Solar energy
How to invest in Australian renewable energy image

All over Australia, popping up across... Read more
Solar energy
View all related stories
Follow Us
Back to top