A new project will use weather forecasts to predict the future output of South Australian wind and solar farms. 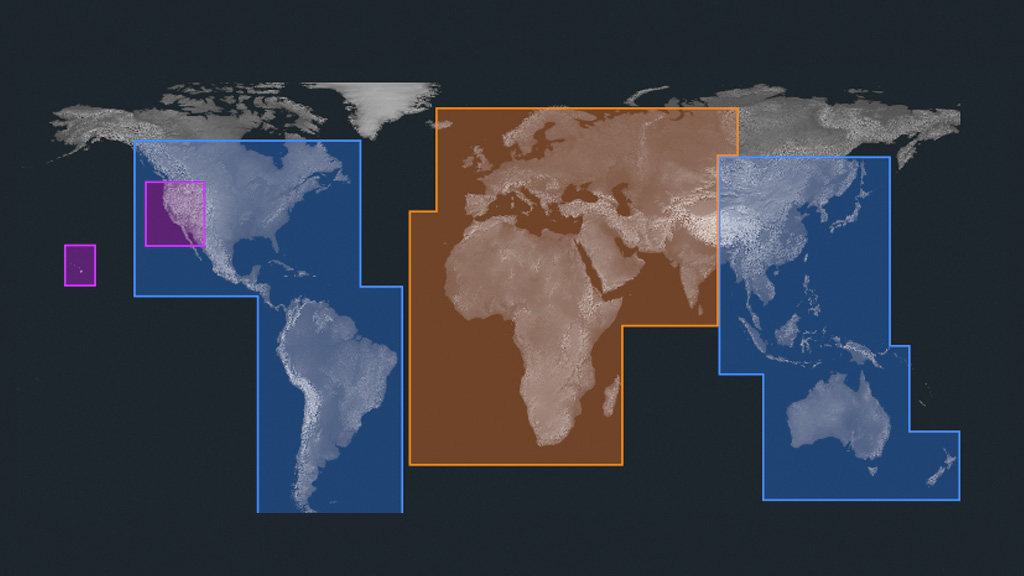 A view of the Solcast forecasting map.

ARENA has announced $994,685 in funding for Solcast to develop a new tool capable of forecasting weather and renewable energy output up to six hours into the future.

Project partner TESLA Asia Pacific will help to provide a clear picture of the demand for electricity, which is a growing challenge as South Australians install rooftop solar at record rates. With more than 1300 MW of installed capacity across one in three households, the share of electricity from rooftop solar reached nearly two thirds of the total mix at times during 2019.

Solcast will use the data to improve the operation of the grid by providing more accurate forecasts with greater timeliness and geographic precision. The information will help to manage energy storage assets and demand response actions to support a greater penetration of renewables, as South Australia advances towards its target of net 100% renewable electricity by 2030.

If the roll out in South Australia proves successful, the advanced weather forecasting could be used in other states throughout the National Electricity Market.

“On some days, renewables are providing all the energy needed in South Australia, and sometimes more than it needs. The challenge comes down to what the supply and demand balance will look like in a few hours, and how we ensure that it is in balance,” he explained ahead of the announcement of the new project.

Engerer stressed the importance of accurate weather forecasts, given wind strength and cloud cover can have a dramatic impact on the balance of the electricity network. Solcast’s project will focus on “nowcasting”, a meteorological term describing forecasts up to six hours ahead.

While simple statistical models and predictions informed by past weather observations have been relied on in the past, this approach is not exact enough to manage the variability and risk associated with an energy system.

“We need to actually produce better, more accurate predictions that are continually updating with the latest weather information in order the supply and demand balance is kept.”

“This project will make what we call spatially aware nowcasting, that looks at weather systems as a whole as they move through South Australia and produce forecasts for all the utility scale wind and solar sites over the next several hours, as well as rooftop solar and produce demand forecasts.”

Solcast intends for the system to be trialed, refined and then turned into an operational system that can be scaled nationally to support the rollout of renewables.

The rapid rollout of renewable energy in South Australia has created challenges for AEMO, who have responsibility for balancing supply and demand. To improve accuracy and allow generators to have a greater say in their forecasts, ARENA and AEMO initiated a program in 2018 for wind and solar operators to provide their own five minute ahead forecasts through a new online hub.

Together with forecasts supplied one day ahead, this information is helping AEMO to make dispatch decisions, but still leaves a blind spot they are hoping to bridge.

“Renewable energy production and demand forecasting are critical for effective management of the energy storage, reserve generation and emerging demand management technologies which can be used to manage renewables variability to maintain security and reliability,” Darren Miller said.

“If the nowcasting demonstration project delivers positive results for South Australia, this is something that we could see rolled out to the rest of the National Electricity Market as we see an increase in renewable energy generation in other states.”

New project builds on 2019 funding round

In 2019 Solcast was one of 11 successful applicants to share in $9.4 of ARENA funding to undertake short term forecasting trials.

While the short term trial looked just five minutes ahead, the new project will expand Solcast’s forecasting window and to help predict supply and demand in far greater detail.

Describing the difference between the two projects, Engerer said the technology used in the short term trial does a good job of forecasting what will happen at a given site in the next few minutes, but cannot provide a big picture view of a weather front crossing the state.

While the new project is more technically challenging, he says bringing TESLA Asia Pacific on board to turn their ‘nowcasts’ into detailed demand forecasts will help AEMO to make important operational decisions.

The project is the first of its kind, which reflects the fact that South Australia’s transition to renewable energy is setting the pace globally.

“Because they are dealing with a world class problem, they need a world class nowcasting system and that’s what we are going to build,” he said.

“How the partners end up using that data operationally will be an important lesson for other areas of the world that have a high penetration of renewables in their grid.”

Federal and state governments get behind Tasmania’s second interconnector image

What is electricity grid inertia?

A new project could pave the way for ... Read more
System security and reliability
View all related stories
Follow Us
Back to top