In the Northern Territory, solar is set to support sustainable schools look to spark a renewable energy revolution. 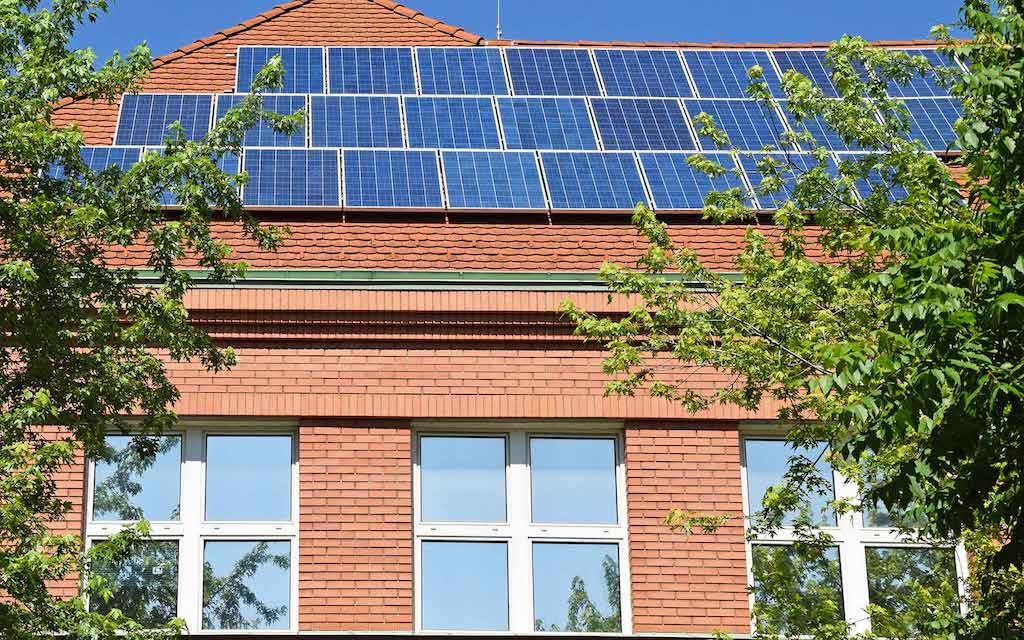 Solar panels on a school building.

Last month, the Northern Territory Government embarked on a $5 million project to put solar PV on up to 25 schools, which is expected to cut energy bills by as much as 40 per cent.

Schools are ideally suited to solar energy, as their energy usage is highest during school hours during the day when the sun is shining. Unlike households where demand spikes as people get home in the evenings, demand for energy in schools drops off when class finishes in the afternoon.

The first round of the program has already allocated $1.5 million to kick off the planning process at the first ten schools. Eight are expected to be completed by the end of the financial year, with a further six scheduled for the second round in 2019/2020 and five more in 2020/2021.

The schools have been selected based on their energy consumption, with priority given to the highest users. Government primary and secondary schools are among the 19 included in the initial announcement.

The $5 million solar schools program is part of the government’s Roadmap to Renewables plan.

Making the announcement, Territory Minister for Renewables and Essential Services Dale Wakefield said the government is working towards a power system with more solar and less gas.

But it isn’t expected to be all plain sailing. In late 2018 ARENA hosted an A-Lab in Alice Springs to workshop ways to accommodate all the incoming renewable energy into a grid that is already straining with just eight per cent renewable penetration.

Territorians aren’t the only ones looking at how renewable energy could help ease energy costs and reduce demand on the grid for schools.

With $368,000 in funding from ARENA in late 2017, the start-up has installed state-of-the-art modular relocatable classrooms, powered by rooftop solar PV and battery storage.

Unlike their first two classrooms – located at Dapto High and St Christopher’s Primary in NSW – the newest relocatable will operate entirely off-grid. With energy generated on the roof of the classroom stored in a Tesla Powerwall 2 battery, the system is able to generate 7600 KWh of electricity beyond its own requirements.

The excess energy will be utilised across other school buildings with a behind the meter connection, reducing the school’s overall reliance on grid power.

When the Bracken Ridge portable was launched, HIVVE co-founder Richard Doyle said solar power has an energy profile perfectly matched to the demands of a school day.

He sees an opportunity for their technology to be rolled out widely, with the management system able to be retro-fitted to existing school buildings and relocatable classrooms.

While the Territory are focussed on solar energy to help sustainable schools, the potential for HIVVE portables to be equipped with batteries to run off grid can avoid the need for schools to pay significant upfront connection costs as schools expand or are redeveloped.

HIVVE believe their renewably powered classrooms could help to meet a NSW Government pledge to spend $500 million installing air conditioning at 1000 schools, without draining the grid.

Doyle said their system could have particular value given “many schools on the Eastern seaboard are currently at capacity on grid connection.”

The majority of solar panels made tod... Read more
Solar energy
View all related stories
Follow Us
Back to top