As a major source of renewable energy in Australia, even small improvements to the technology in solar photovoltaic (PV) cells can translate into large gains as more and more solar panels are installed on rooftops and in solar farms across the nation.

More than two million or 21 percent of Australian households now have rooftop solar PV, with a combined capacity exceeding 10 GW. By January 2019, large-scale solar farms operating in Australia had the ability to generate over 3000 MW, with an additional 2,881 MW either under construction or financially committed.

Australian scientists have been leading the way in solar research and development, with groundbreaking innovations such as the high efficiency PERC cell, and are continuing to make improvements towards making solar power an ultra low-cost renewable energy.

How are we supporting solar PV projects?

While Australia’s capability in solar PV research and development is world-leading, this position needs support in order to be maintained, and we recognise significant opportunities remain in pursuing even cheaper and more efficient PV cells and panels.

We are therefore supporting innovation in solar PV to drive down the cost of electricity generation in line with the US Department of Energy’s SunShot Goals. The target is a cost of AU 3.9 c/kWh by 2030, which equates to around half of today’s costs. Achieving this cost reduction would not only make the technology more accessible to a wider range of global consumers, but also unlock other ways to use solar energy such as producing ‘green’ hydrogen.

We have provided more than $290 million to around 300 solar research and development projects since 2009 through funding programs inherited from the Australian Solar Institute, or run by us since 2012. Australian solar pioneers have set a new efficiency benchmark with their next generation cells. 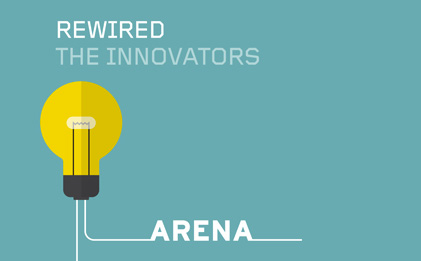 In this episode of The Innovators you’ll meet two scientists whose own failed lab experiment led them to something, arguably, more exciting. Explore all solar PV projects ARENA has funded since 2012. ARENAWIRE is home to news, analysis and discussion about the solar pv projects ARENA funds.

What type of projects has our funding covered?

These include projects that seek to break through the efficiency barriers of solar cells, increase the lifetime and reliability of solar panels, improve manufacturing techniques, reduce end of life costs and environmental impact, and those that will unlock other cost reductions such as making panels easier to transport and install, or increasing integration that can create value-add opportunities.

Our solar projects have helped to break at least 11 world records on solar PV cell efficiency.

We also support the Australian Centre for Advanced Photovoltaics which provides a collaborative, strategic focus to innovation that can be incorporated into current manufacturing techniques, seeds new innovations, gives access to world-class facilities, and provides fellowships to nurture the next generation of solar PV researchers and engineers. Read more about our support for this technology.

What do we look for in solar PV projects? The gift of a solar powered car at just eight years of age set 5B’s Nicole Kuepper-Russell on a pathway that is transforming the way the world produces energy. 5B “Maverick” automating the future of solar

Australian solar manufacturer 5B is set to scale up delivery of their innovative low cost solar product, the 5B Maverick, with the help of a $14 million grant from ARENA.