The world’s biggest battery is set to get even bigger, with funding announced to grow the capacity of the Hornsdale Power Reserve and enable it to perform new functions. 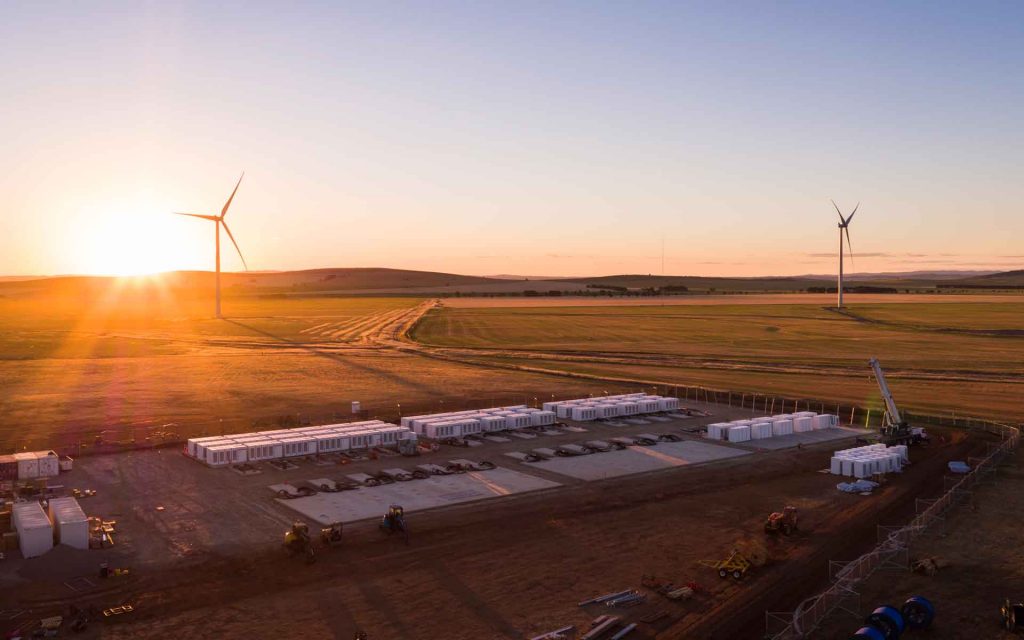 The large scale power storage battery was built in 2017 on a remote site three hours drive north of Adelaide. With a capacity of 100 MW and 129 MWh, it stores energy generated by the adjacent Hornsdale Wind Farm in banks of Tesla PowerPacks.

Under the new plan announced by owner Neoen, a major upgrade will grow capacity by 50 MW and 64.5 MWh to build on the battery’s strong early performance boosting the stability of the electricity grid and helping to bring down power prices.

With 193.5 MWh of capacity, the world’s biggest battery will be able to export energy at full capacity for more than one hour in the event of a major power outage.

ARENA has announced $8 million in funding for Neoen to undertake the expansion, and the South Australian Government will contribute $15 million over five years. The Clean Energy Finance Corporation has committed up to $50 million in project finance towards the $71 million total cost, which includes development and finance in addition to capital expenditures.

The upgrade will allow the Hornsdale Power Reserve to provide almost instantaneous ‘digital inertia’ to balance the frequency of the electricity network.

Like an analogue radio needs to be carefully tuned to provide clear reception, the electricity grid needs to maintain an accurate frequency to operate reliably. Inertia to stabilise grid frequency is currently supplied mechanically by synchronous machines in coal, gas and hydro power stations, but the growth of non-synchronous generation like wind and solar risks making the network weaker and less stable.

Neoen will work with the Australian Energy Market Operator to create an evidence base to inform reforms to the rules that govern the markets which generators and storage facilities participate in to provide frequency services.

Based on performance to date at the Hornsdale Power Reserve, this would benefit the grid and unlock additional revenue streams that will help new big batteries to become commercial sooner.

The additional capacity will also provide support to the Heywood interconnector that connects South Australia and Victoria.

Commissioned in December 2017, the Hornsdale battery resulted from a Twitter bet between Atlassian co-founder of Mike Cannon-Brookes and Tesla CEO Elon Musk.

Responding to a challenge from Cannon-Brookes, Musk said if the new Tesla battery was not up and running within 100 days it would be free. The system was commissioned ahead of the deadline and within weeks showed its potential by responding to multiple outages at Victoria’s Loy Yang Power Station.

One of the key strengths has been the speed at which it can respond to imbalances in the network. As well as providing a back-up source of power, the battery is bringing down the cost of FCAS (frequency control ancillary services) by competing with the existing gas power plants.

It is also helping to lower prices in the spot market by charging with power from the neighbouring wind farm when prices are low, then selling back when prices increase.

ARENA has previously provided funding to four large-scale battery projects, including two in Victoria at Gannawarra and Ballarat, the ESCRI battery on the Yorke Peninsula, and Infigen’s system at Lake Bonney.

“The Hornsdale battery is a groundbreaking project that has proven what batteries can do for our electricity system, and we expect this expansion to show that it is capable of much more by demonstrating inertia, expanded FCAS functionality and extended support for the Heywood interconnector.”

“Along with providing essential services to the South Australian grid, this will help inform the regulatory changes required to value these services and create additional revenue markets for other batteries to enter the market on a commercial basis,” he said.

“The expansion of Hornsdale Power Reserve is demonstrating the critical and multiple roles that batteries will play in the grid of the future, Louis de Sambucy said.

“As a long-term operator, Neoen will continue to champion this movement to deliver cheaper, cleaner and more reliable energy for the years to come,” he said.

The school bells have rung and class ... Read more
Battery storage
ITP battery test does your homework for you image