Eight of the largest batteries ever built in Australia will boost grid-forming storage capacity tenfold. 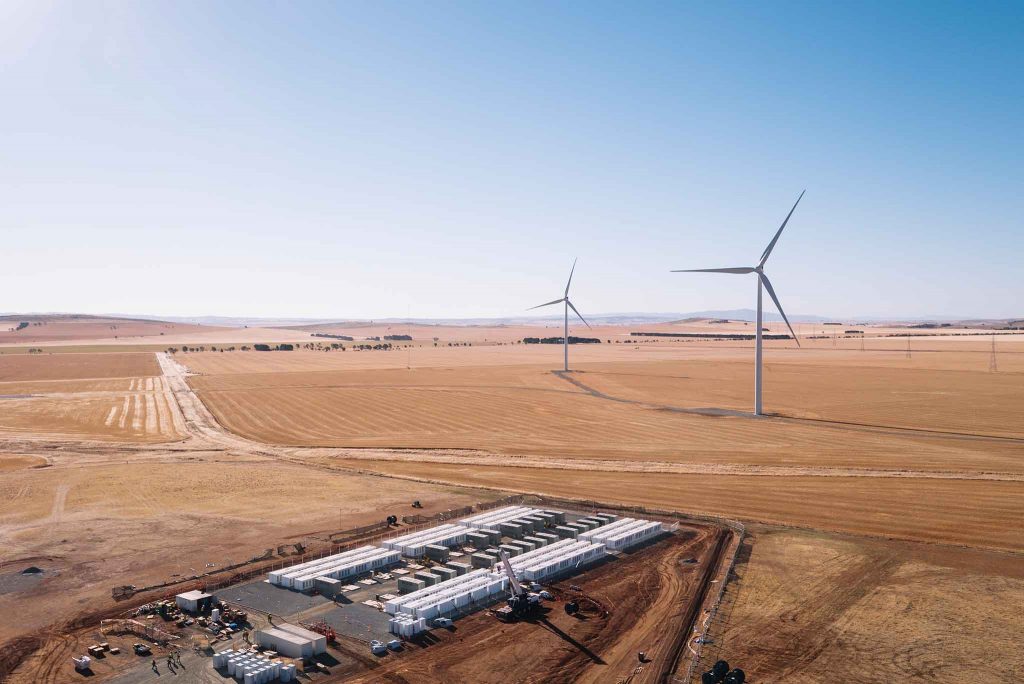 The Hornsdale Power Reserve in South Australia is currently the largest grid forming battery in Australia.

Australia’s National Electricity Market (NEM) is set to see a step change in grid-forming battery storage capacity, thanks to a $2.7 billion project pipeline unveiled in December as part of an ARENA funding round.

Each of the eight grid scale lithium-ion batteries will be at least 200 megawatts (MW) / 400 megawatt hours (MWh) in size, with advanced inverters.

Together, the new batteries have a combined capacity of 2.0GW / 4.2GWh. That’s enough to power the entire state of Tasmania for more than three hours using stored renewable electricity.

With projects stretching from Queensland’s tropical north to the edge of the Southern Ocean in Victoria, the batteries will span the length of the NEM – Australia’s main electricity grid that supplies most of the country.

At least one battery will be built in every mainland state connected to the NEM.

Once built, these eight batteries will represent a tenfold increase in grid forming battery storage capacity across the grid. 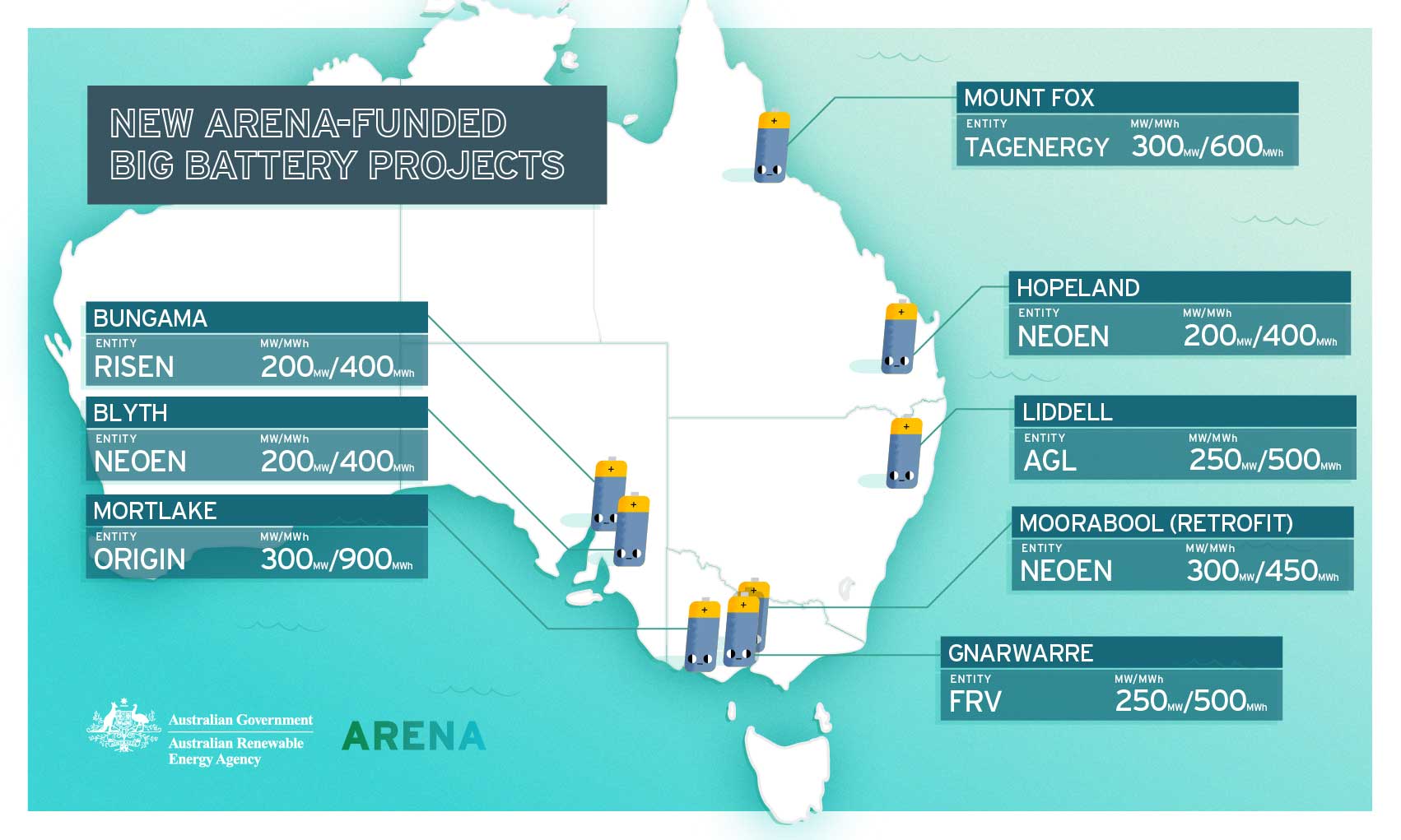 The funding round aims to break down barriers that prevent Large Scale Battery Storage projects from incorporating advanced inverter capabilities.

ARENA initially launched the program with a $100 million funding pool, which has since been expanded to $176 million, partly funded by an additional $60 million allocated by the Government in the October 2022 budget.

“Battery storage is an essential technology in the transition to renewable energy, allowing us to smooth out variable generation and store electricity for when it’s needed,” ARENA CEO Darren Miller said.

“With the high quality of proposals we received, ARENA and the Government saw an opportunity to deliver a step change in grid forming capability across the NEM, which we’ve backed with additional funding,” ARENA CEO Darren Miller said.

The eight batteries were chosen from a shortlist of 12 projects originally announced in July. Initially, ARENA received 54 expressions of interest for the competitive funding round.

What is a grid forming battery?

A grid forming battery is a battery system equipped with grid forming inverters. Inverters convert electricity from the direct current (DC) from batteries to the alternating current (AC) that’s delivered to homes and businesses.

Most grid scale batteries today are equipped with grid-following inverters which are prone to unstable behaviour when installed in weak grid and they do not inherently contribute to system strength.

With grid forming or advanced inverters, these batteries will be able to provide essential system stability services that hat strengthen the grid by increasing the stability of the voltage waveform.

Equipping batteries to do this work is vital to the electricity transition, as historically these services have been provided by synchronous generation such as coal and gas plants.

“These next generation grid scale batteries will underpin this transition, with inverter technology that can maintain grid stability without fossil fuels,” Mr Miller said.

Market operator AEMO recognised the importance of advanced inverters to the energy transition, with a 2021 white paper outlining the role of grid forming technology in supporting a future grid capable of operating with 100 per cent instantaneous renewable generation.

It’s not just new batteries included in the funding round.

Neoen’s Victorian Big Battery which has been operational since 2021 is receiving funding for a retrofit to upgrade the system with grid forming capability.

ARENA has previously funded eight grid scale batteries, several of which have or will soon have grid forming capabilities at smaller scale. The 150 MW / 194 MWh Hornsdale Power Reserve in South Australia, which received ARENA funding for its 2019 expansion, is currently the largest grid forming battery in Australia.

In more than one way this was big. It... Read more
Battery storage
Five moments that changed the renewable energy world image

Fifteen weeks is not a long time. But... Read more
Battery storage
View all related stories
Follow Us
Back to top