The halls of Parliament House were humming with a different kind of power on Monday as more than 400 delegates gathered in Canberra for ARENA’s Innovating Energy Summit. 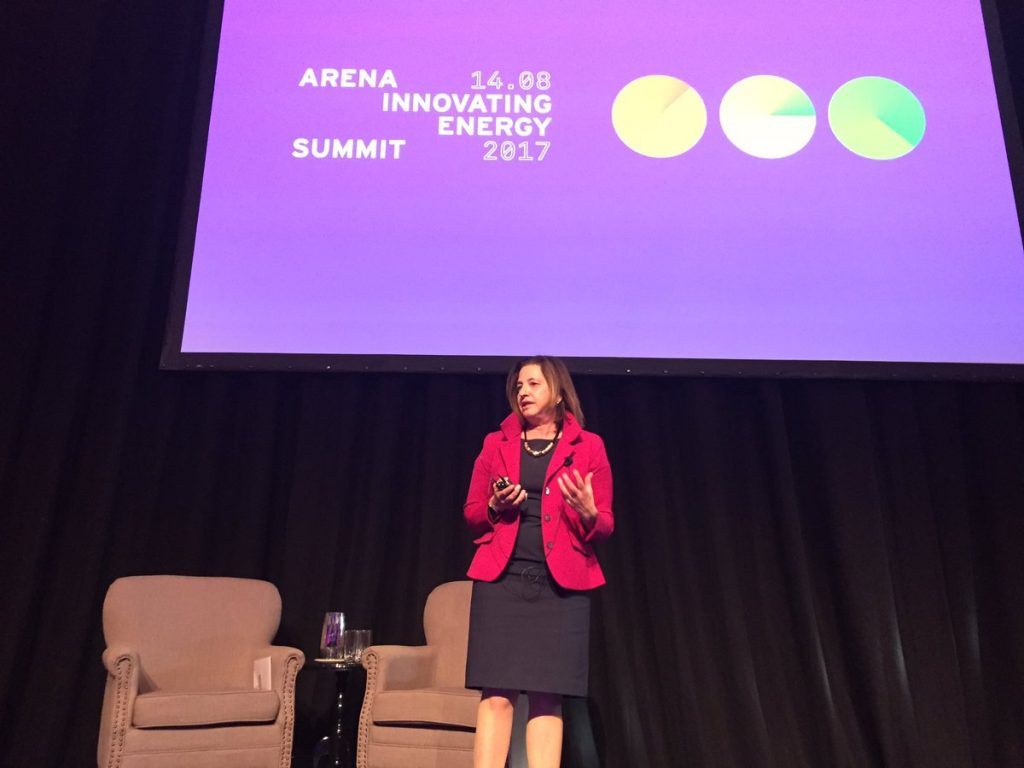 With the theme of ‘Powering Australia’s Future’, the summit was a chance for policymakers, clean energy professionals and the general public to explore the ideas that will shape our energy market over the 21st century.

ARENA CEO Ivor Frischknecht kicked off the TED-style presentations by expressing his delight at the many ARENA-funded projects showcased at the summit. And there will be many more to come – the agency still has around $700 million to invest in new renewable energy projects.

“We’re all part of the energy ecosystem in Australia, and together we will make the system more sustainable, more affordable and more reliable,” he said.

Chief Scientist Alan Finkel used his keynote address to focus on the 49 recommendations of his energy market review that have already been adopted by the Federal Government. He also spoke about the need for governments to “embrace the future” and provide investors with a stable energy policy.

“Investors understand they can’t have investment certainty. That’s not what they’re looking for…But they are looking for policy certainty. If you’re going to sail off into the great unknown, you want to know that a few things are on your side because you’re taking a huge risk. And you’d like to feel that some of that risk has been managed by predictable policy,” he said.

Dr Finkel’s perspective was backed up by Audrey Zibelman, CEO of the Australian Energy Market Operator (AEMO). “The challenge for Australia is not around technology,” she said. “The challenge is in getting the markets right and regulation right.”

Ms Zibelman also discussed the important role that AEMO is playing in Australia’s energy transition, including looking at things from the customer’s point of view and collaborating with other organisations on ‘proof of concept’ innovations.

Collaboration was also the theme of a joint presentation from AEMO’s Luke Barlow and the Clean Energy Regulator’s Mark Williamson, who shared some of the innovative projects the two agencies have been working on together.

Throughout the day there was a dominating sense of optimism and excitement, both from members of the public who registered to attend and from those on stage sharing their vision for a renewable energy future.

Other presentations examined the technical innovations that will drive the cost of clean energy even lower over the next decade or so.

UNSW Professor Martin Green revealed the important role that Australian ingenuity played in creating the global solar photovoltaic industry. He also suggested that any renewables-driven drop in Australia’s thermal coal exports will be offset by an increased demand for steel, aluminium and the other earth resources needed to build solar farms.

Professor Stuart White from the University of Technology Sydney talked about energy efficiency – one of the quickest and cheapest types of clean energy currently available. Professor White believes Australia should embrace significantly higher energy efficiency targets, pointing to the tenfold increase in light bulb efficiency as proof of what can be achieved.

Phil O’Neil from Advisian tackled the possibility of storing and exporting renewable energy by converting it into hydrogen. The idea is not without its challenges. But if the technology can be improved, hydrogen could become a significant export market for Australia.

While the speakers captivated a standing-room-only crowd in one section of the Great Hall, the summit’s exhibition space showcased many of the revolutionary projects underway thanks to funding from ARENA.

See all projects supported by ARENA.

If you couldn’t make it along to the Innovating Energy Summit, don’t worry – videos of all the presentations will be available here on ARENA WIRE over the next few weeks.

Cryptocurrency. Blockchain. Peer-to-p... Read more
General
We see you, Bermuda! The world tunes in to The Innovators image

We see you, Bermuda! The world tunes in to The Innovators

A few short weeks ago we launched our... Read more
General
View all related stories
Follow Us
Back to top