Local researchers have unlocked a way to produce low cost hydrogen from renewable electricity, which is now on the road to commercialisation. 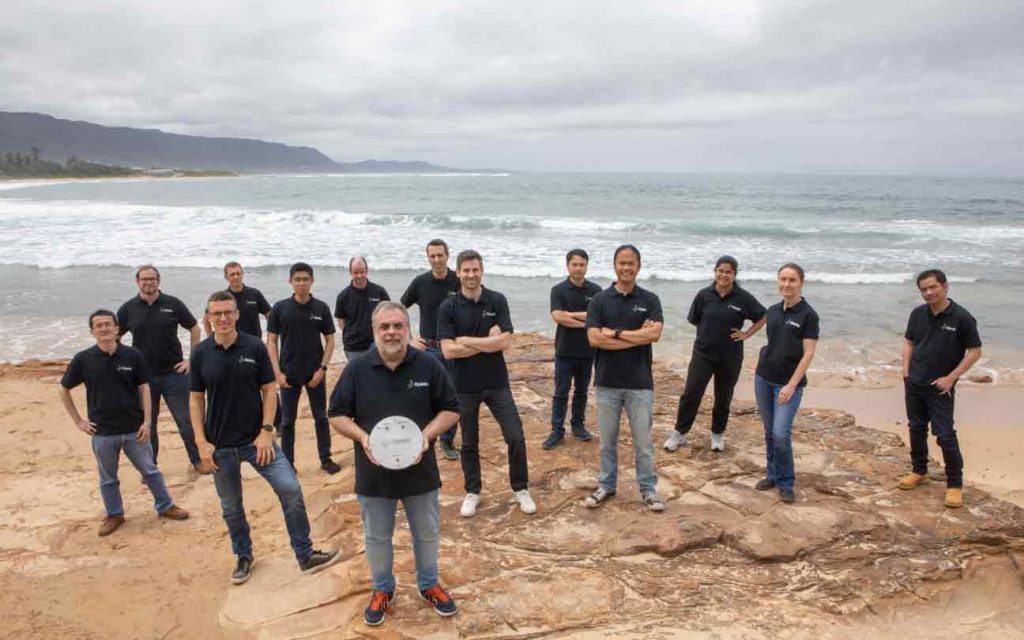 Australian hydrogen technology developer Hysata says its breakthrough puts within reach the cost of producing hydrogen at a cost competitive with gas – $2 per kilogram.

Hard-to-abate sectors including steel manufacturing, heavy transport and chemical production are predicted to be major customers, with Hysata forecasting “skyrocketing” demand for electrolysers.

Hysata’s electrolyser splits water into hydrogen and oxygen molecules with unprecedented efficiency, opening a path to producing cost-effective, zero-emissions fuel when the device is powered by renewable electricity.

“Lower resistance is key, because it leads to higher efficiency. Our cell operates at 98 per cent efficiency, which is a massive leap compared to existing electrolysers,” Barrett said.

Hydrogen is emerging as a key opportunity towards global net-zero targets because of its versatility: it can be used to produce electricity, displace natural gas and repower transport.

However, low conversion efficiency and the high costs of both electrolysers and their energy requirements have previously left this production method unable to compete with a fossil fuel-derived alternative known as steam methane reformation.

The falling price of electricity from renewables is now helping to break down barriers to commercially viable green hydrogen.

And electrolysers can easily ramp up and down production to take advantage of lower energy prices when wind or solar production is high, or other demand is low.

Losses associated with converting electricity into hydrogen have also held the technology back, but Hysata’s “capillary-fed electrolysis cell” design boosts efficiency from approximately 75 per cent to 95 per cent.

They say their work to improve the efficiency of electrolysers and reduce the capital cost of the hardware will combine with the falling cost of renewable electricity to bring down total production costs.

Hysata was spun out from the University of Wollongong, where researchers supported by ARENA funding developed the innovative cell technology that Hysata is bringing to market.

Barrett paid credit to the team led by Professor Gerry Swiegers, whose research he describes as “fundamental to our company”.

“They basically took a clean sheet of paper and figured out from scratch how to get rid of all the main sources of resistance in an electrolysis cell. They’ve got the cell efficiency to the level that IRENA was targeting for 2050, so this is really a major advance,” Barrett said.

“We have a world-class engineering team focused on delivering a cell and a system that has a low capital cost and is ideally suited to mass manufacture, and we’re well on our way delivering that.”

The system is already working at scale at Hysata’s facility, with commercial electrolysers expected to be delivered and operational by 2025. Their design allows the electrolysers to be mass manufactured, which Barrett says will “make it fast to scale up our production to the multi-gigawatt level that is needed to address the climate crisis”.

“We’ve been talking to a lot of customers, and there are pilot projects already happening or in the planning stage across pretty much every end use sector where hydrogen has a role to play in decarbonisation,” Barrett said.

“The general pattern we’re seeing is pilot projects happening now or in the next couple of years, followed by commercial projects starting around the middle of the decade and then ramping up from there,” he said.

Seven projects with a collective valu... Read more
Hydrogen energy
Biodiesel and bitumen to be made from wood waste image