It takes a lot of water for Australia’s second largest crop export – sugarcane – to grow to its potential. 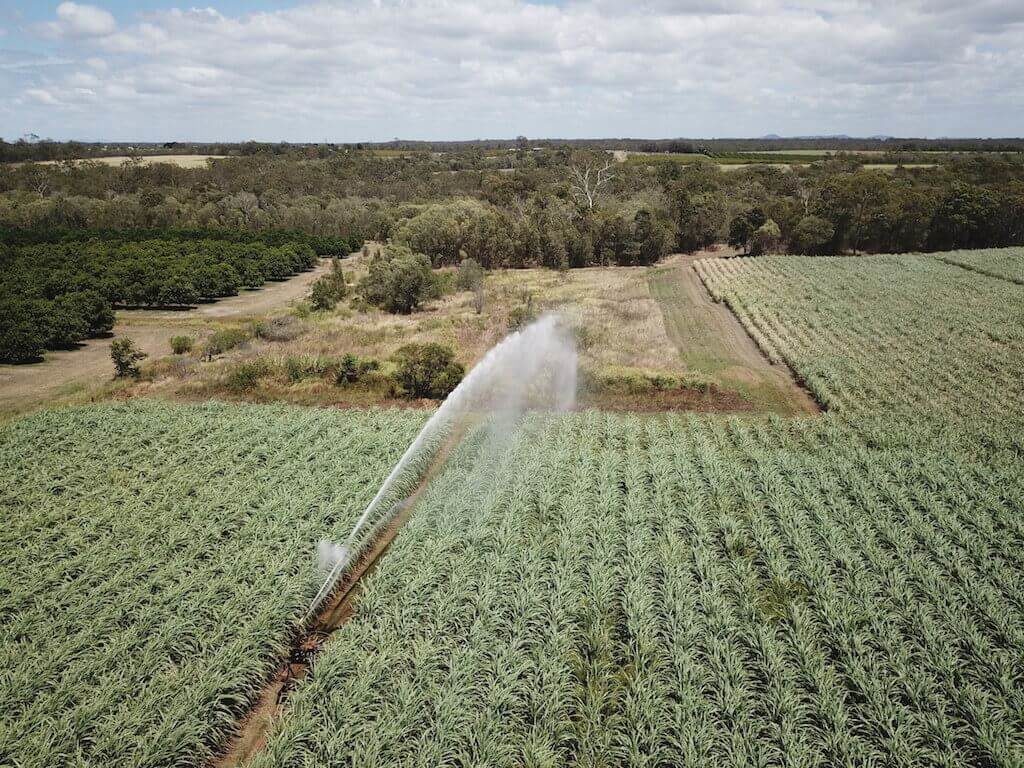 With almost all of Australia’s sugar industry based in the continent’s tropical north, access to water generally isn’t too much of a challenge. Thriving on the region’s rich volcanic coastal flats, the giant tropical grass has been growing locally for more than 130 years.

The warm, wet climate provides the perfect growing conditions, but moving water where it is needed gets expensive.

Irrigation pumps have been the go-to choice, historically powered by electricity from the grid.

According to the Bundaberg Regional Irrigating Group (BRIG), energy costs have increased steadily since 1985, but rose sharply between 2007 and 2015 – their research shows by about 80 per cent during these eight years alone.

The skyrocketing power bills brought difficult decisions. Instead of irrigating for the maximum yield, growers say they have been forced to shift their focus to saving the crop. This can mean only watering during the peak summer months, when starting as early as August could unlock the potential of the cane plants.

Sugarcane productivity expert and project manager Maurie Haines lives just outside Bundaberg, a city famous for not just the sugarcane farms, but also the rum made from molasses leftover after sugar is extracted.

“The escalating power costs have caused so much grief to farmers,” Haines told ARENA.

“The end result is we are seeing our productivity go down and our industry is under threat,” he said.

Recognising the problem, the state government offered cheaper power late at night to offer some relief from energy bills, but that raised new challenges for farmers wanting to work the same hours as other industries – particularly those that lived away from the land where they grow their crops.

“Farmers were being forced into irrigation time slots to suit the grid, not to suit the commodity,” Haines said.

While the longer days and intense sunshine of the Queensland summer puts the plants under pressure, it also provides an opportunity to harness the power of the sun to reduce costs and emissions.

“We don’t tend to water sugarcane in August, September generally, because everybody is saving their money for the really critical times in December, January and February.

“But if you didn’t have that burden of high power costs, could you grow more cane by starting your watering season earlier? I think we’re going to see this year that the grower that’s been irrigating since July when the crop needed it is probably going to prove that you can grow more.”

Analysis undertaken by BRIG shows a direct link between longer pumping hours and better sugarcane yield, but these benefits are offset by higher costs of production.

In the search for a cost-effective, reliable solution to increasing power bills, BRIG has worked with ARENA to trial a new hybrid system powered by energy from solar panels installed at the Killer family’s sugarcane farm, which is delivering promising early results.

Describing the switch as the ‘next step’, Haines says BRIG embraced solar after installing a range of other technologies to monitor weather and environmental factors, including probes to monitor soil moisture in real time across the district.

Pairing an 82.5 kW solar array with a new 45 kW motor and pump unit, the trial has reduced demand on grid power by 78 per cent. Early results show pumping costs on the Killer family’s farm are down from $116 per megalitre before the project began, to just $23.14 per megalitre with the hybrid solar system.

“We had records of some growers up around $170 per megalitre to pump water, which is horrendous if you’ve got to pump four or five megalitres on your farm across forty hectares.” he said.

The Killer’s trial has delivered benefits beyond just cost savings. Now that energy costs aren’t constraining pumping times, they have a new freedom to irrigate according to the needs of the crop.

Seeing the early success of the trial, Haines says others are becoming interested in the opportunities offered by solar to reduce costs and increase their productivity. Given the industry annually produces as much as 35 million tonnes of cane, the success of the trial could have wide-reaching benefits.

“The bloke next door spoke to me last Tuesday, saying this is the way to go but he just didn’t know how to get there. The real advantage that people are going to get is a cut in power, but I’m not sure a cut in power alone will recover the capital costs over a reasonable time.

“Really where we need to get is for the grower to lose that stress that they need to irrigate but they can’t. That is where we see the capability of the system is increased so much and the strain of timing comes off the farmer, he can water at any time of the day when he needs to, and all of a sudden we see a whole different attitude to farming.”

He explains that the benefits from the new trial aren’t all down to solar, with a new management system also installed at the Killer family farm.

The new system carefully manages the pressure between the pump and head where water exits, allowing the pump to operate more slowly and at lower hertz.

The system is also designed to maximise the value from solar panels to minimise reliance on grid power.

“If [the pumping system] needs 26 kilowatts of power and there is one kilowatt being produced at 5.30am, it will draw that one kilowatt first before taking the other 25 from the grid,” Haines explains.

“As the solar ramps up, the grid ramps down until you get to the point in the morning when it’s producing enough to run the system on its own from the solar. If a cloud comes over, enough grid power comes in to maintain the system.”

This solves one of the problems encountered in early trials of solar powered pumps, which were off-grid and stopped if there wasn’t enough sun to run the system.

Queensland’s state-owned network Ergon Energy have worked closely with the project, and sit on the steering committee.

He laughs, explaining that “Ergon is working with us. We do warn Ergon that if they don’t give us a fair deal, farmers will leave them!”

The crop currently in the ground is the first to benefit from the new solar irrigation system. Set to be harvested from June 2019, the full benefits of the new system will begin to be quantified soon, ahead of a comprehensive report in 2020.