Large scale battery storage could be set to break free from its energy storage stereotype and unlock a key restraint to the widespread transition to renewables. 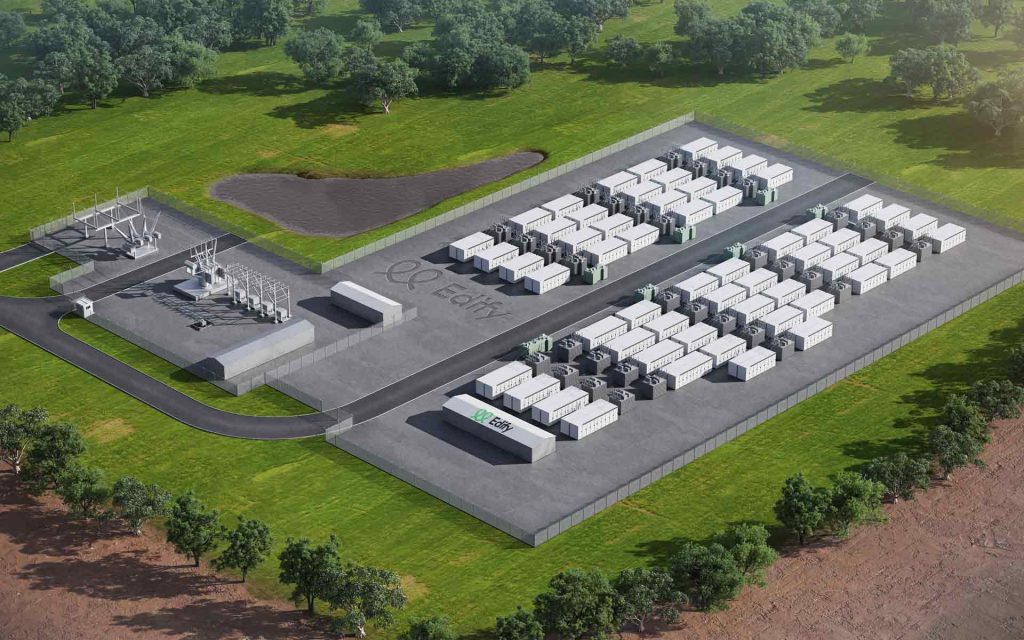 Big batteries could be set to unlock a key restraint to the transition to renewables.

Until now, that vital role has been mostly performed by coal and gas generators.

Importantly, this is the first grid-forming battery to receive the required grid connection approvals from the Australian Energy Market Operator (AEMO).

The actual transmission lines, cables and devices throughout the electricity grid are designed to work within steady parameters. If these are exceeded, it can lead to outages and serious damage.

As lithium-ion grid-scale batteries become more common, there is an opportunity to equip them with advanced inverters so that batteries can become one of the primary sources of system stability for the electricity grid.

By ensuring there are sufficient sources of system stability, more renewable generators like wind and solar farms will be able to connect more seamlessly to the network.

Furthermore, if AEMO is able to rely on grid-forming batteries for system stability, it will be able to turn off synchronous generators during periods of high renewable generation, rather than forcing them to remain operational when they are not required and not cost-effective.

And this is where Edify Energy’s project comes in.

Located next to the 275 MW Darlington Point Solar Farm in south west New South Wales, the ARENA supported 25 MW / 50 MWh battery will be one of the most advanced battery systems in the National Electricity Market.

ARENA’s funding has enabled Edify to expand the project to a total of 150 MW / 300 MWh. The entire project will be equipped with advanced inverters to help future-proof the Darlington Point area as renewable energy generation continues to expand in south western NSW.

Designed and developed by Edify, the Tesla Megapack Storage System will utilise grid-forming inverters that operate the battery to behave similarly to a synchronous generator during grid disturbances and helps make the power system more resilient.

In this way it will not only provide power but also crucial system-strength services, vital to support future adoption of more solar and wind energy.

The Darlington Point Solar Farm location is highly suitable for testing this new inverter capability as the local region has relatively low system strength. This means the project will provide a more prominent improvement to system strength in the area, which will also allow connection of more renewables in the region.

The current solution for low system strength is to use expensive synchronous condensers, but batteries offer a lower cost solution due to their ability to generate revenue.

The location of the project is ideal for demonstrating grid-forming capability because of poor system strength in the area. Several solar farms in the area have had to install expensive synchronous condensers to ensure adequate system stability.

It is expected this project will show grid-forming batteries can provide a more cost-effective solution to system stability challenges, while also delivering new dispatchable generation capacity into the electricity system.

So some questions that can be addressed include:

Construction on the project commenced in June 2022. It is due to be completed in stages over the course of 2023.

ARENA Acting CEO Chris Faris said large scale batteries are now being seen as more than just storage devices for the grid and will be used to their full potential.

“ARENA has been working with key stakeholders, including AEMO, to accelerate the development of the next generation of energy storage.

“To support the rapid transformation of our electricity system, large scale batteries will need to evolve to do more than just store energy. They need to be equipped with advanced inverters that can provide critical grid stability services to keep the system safe and secure, especially as synchronous generators retire and renewables provide a higher share of supply. That’s why it’s important to support and demonstrate projects like this, where batteries with advanced inverters can help supply critical stability services to the grid.” Mr Faris said.

Edify Energy Chief Executive, John Cole said: “In this instance, we’re using the combination of the dispatchable properties of batteries with a new vintage of grid forming inverter control systems.”

“With the widespread adoption of this technology, we’ll be removing the last bastion to any reliance on the incumbent carbon-intensive generation fleet and assist in ushering a 100% renewable future with the confidence of a stable, reliable power system”

We are at the start of a critical dec... Read more
Battery storage
A Tesla battery for South Australia image

In more than one way this was big. It... Read more
Battery storage
Wind turbine, solar and battery combination at Flinders Island image

ARENA has launched its 2019 investmen... Read more
Battery storage
View all related stories
Follow Us
Back to top