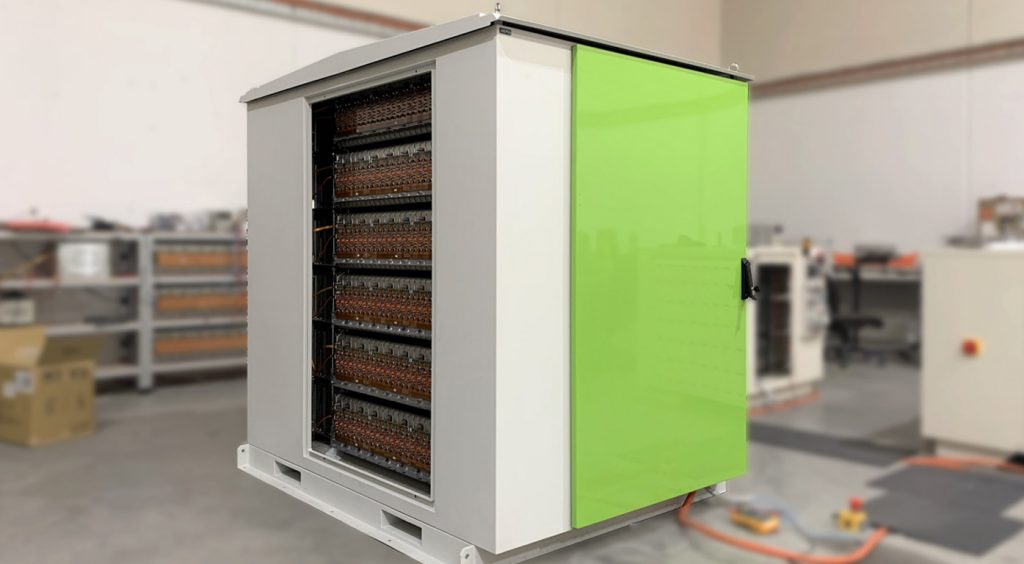 An Australian world-leading energy storage innovator will repurpose EV batteries to power commercial and industrial sites as part of an ARENA-supported project.

Relectrify will develop 36 kW/120 kWh ‘Revolve’ energy storage units from batteries that have reached the end of their useful life in Nissan Leaf EVs .

The system will use the company’s BMS+Inverter that combines the traditionally separate inverter and battery management functions into one unit, boosting the life of lithium-ion batteries and reducing the cost of energy storage.

This allows EV batteries to live on once their cycle life drops below roughly 80 per cent of their original capacity, the point when they are generally replaced to improve driving range. The latest Leaf battery is warrantied for eight years or 160,000kms, but according to Nissan the smaller packs in early models last about five years of regular driving before reaching that point

ARENA is contributing $1.49 million towards the $3.3 million project that will support Relectrify to finalise and certify their new product ahead of the roll out of 20 units, building on past support to develop the inverter technology.

ARENA CEO Darren Miller will reduce costs and improve pathways for battery storage to be installed at commercial scale, particularly in industrial settings.

“Battery storage is already playing a crucial role in supporting the transition to renewable energy within industry, however, we need to do more to make it commercially viable,” Darren Miller said.

“Second-life batteries have significant potential to drive down costs, and Relectrify’s battery management and inverter technology can provide what is needed to transform them into valuable assets for businesses looking to make the switch.”

Relectrify was founded in 2015, developing their technology in Melbourne where co-founder and CEO Valentin Muenzel had moved to from Germany to complete his PhD.

The company set out on a mission is to make energy storage affordable, achieving this with their unique battery management system which controls cells individually, getting the most out of each rather than being limited by the single weakest cell.

They launched the combined battery management system and inverter at the Cleantech Forum in San Francisco in early 2020, alongside American Electric Power Co (AEP) and Nissan North America who are partnering on a US pilot project.

At the time Muenzel told ARENA that their system offers multiple benefits “surprisingly and counterintuitively, instead of the typical tradeoff between better control and lower cost, in this case, electronics with more control can actually be built at less cost.”

Relectrify says the new Revolve system “comes in 30% to 50% lower than comparable products on the market, while offering an expected lifetime of 3000 cycles”.

They will roll the product out as individual or multiple 120 kWh hour units, which have been designed for installations up to 2MWh in capacity.

“In some ways, we didn’t want to develop this product, but the market really pulled it out of us”,” he said.

“Our pre-sales interest in the product has been very wide, from community battery storage applications, utilities looking for backup and outage support for weak rural networks, and peak shaving for EV charge installs, to construction and mining services firms Dinterested in stand-alone power supply and genset diesel fuel reduction.”

The initial 20 site 2.4 MW rollout will provide a second-life to 180 Nissan Leaf batteries.

Solar battery storage in Victoria charging up for summer image

A new project trialling the use of re... Read more
Battery storage
Charging ahead with new funding for big batteries image

Could your next car also power your h... Read more
Battery storage
View all related stories
Follow Us
Back to top