When you go to the petrol station do you choose the petrol that’s blended with ethanol? 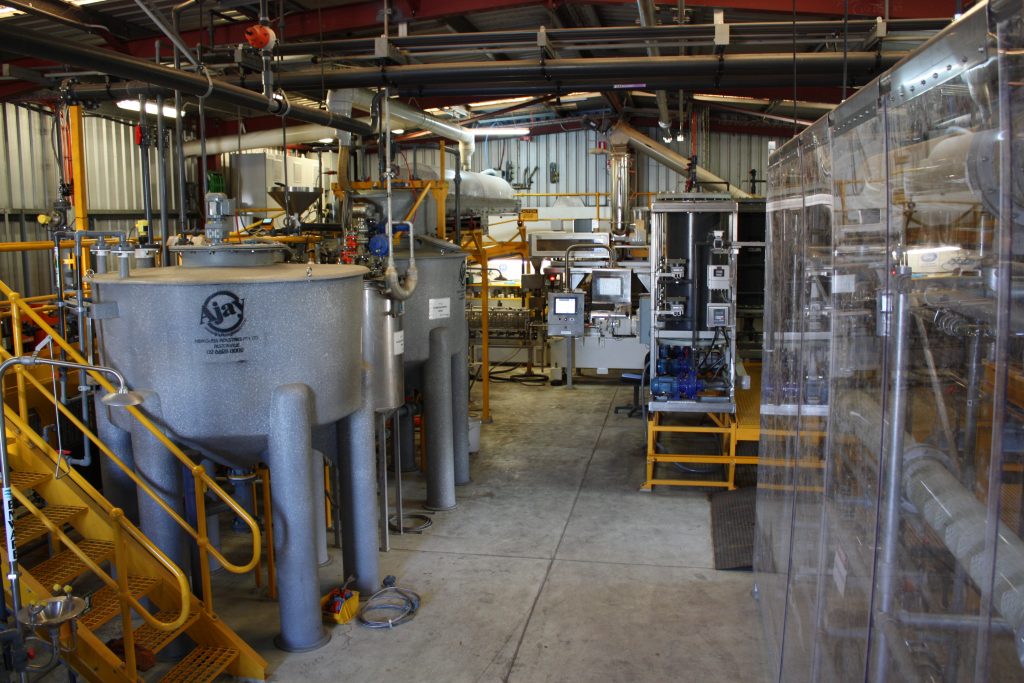 Inside the biofuel refinery plant.

It’s a greener solution, right? And you’re helping to do the best thing by the planet. Aren’t you?

It’s not always that simple.

Currently, ethanol used as liquid fuel  is derived almost completely from sugar or corn. And in both cases those crops are mostly grown specifically for the purpose of making fuel.

It’s a process that requires arable land, fertiliser and plenty of water. And while it’s generally less resource intensive than producing 100 per cent petroleum, it remains a process that could be made far more sustainable.

But a project underway in the Hunter Valley in New South Wales, and to which ARENA is contributing $11.9 million, is planning to change all that by making ethanol from plant-based waste.

ARENA’s commitment to Australian company Ethanol Technologies (Ethtec) will be the agency’s largest ever funding for a biofuels project and reflects the excitement building around the company’s work.

The project, which has a total cost of $48 million (including work already completed) is aiming to use organic waste, rather than specially-farmed crops, to produce ethanol.

It will mean that fuel can be derived from waste products in the sugar growing and refining process, such as ‘sugarcane trash’ or bagasse, or from other waste products such as those that arise in the cotton or forestry industries.

Ethanol sourced from waste products, typically referred to as an advanced biofuel, has been a goal hotly pursued by scientists in recent years but progress towards commercialisation has been slow.

Ethtec’s Australian-generated innovation is poised to make the company a world-leader in the race to take advanced biofuels to the market.

And what a market it will be. Demand for ethanol in Australian alone is expected to increase to approximately 500 million litres each year by 2030.

Internationally, the global demand for ethanol is predicted to increase from 98 to 145 billion litres by 2022. The International Energy Agency (IEA) has forecast biofuel demand will triple from 2010 to 2050, with 70 per cent of that growth met by ethanol.

A change that is badly needed

Australia is a big country, and we really like to drive around in it. The Australian domestic transport sector represented 16 per cent of Australia’s total greenhouse gas emissions in 2012.

As a nation among developed countries, according to the IEA our per capita transport emissions are lower only than the United States and Canada.

And transport emissions increased by 50 per cent between 1990 and 2012, the fastest growing sector over that period, as growth in the amount of travel outpaced improvements in fuel and transport efficiency.

READ MORE: THIS TINY ORGANISM COULD CHANGE HOW YOU POWER YOUR CAR

Australia has pledged to cut overall emissions by at least 26 per cent (of 2005 levels) by 2030. But, according to the Climate Change Authority, overall transport emissions are projected to increase during that period unless significant efficiency gains are made from the use of mass transport, more efficient vehicles and lower carbon intensity fuels.

Globally, it’s a similar story. The IEA projects that global travel demand will double between 2010 and 2050 and the world’s transport emissions are expected to grow by 70 per cent by 2050 even with continuous efficiency improvements.

And all of that makes for a massive opportunity.

“Advanced biofuels provides an exciting opportunity for Australia to open up exporting avenues and also help in the transition of reducing emissions from the transport sector,”  ARENA Chief Executive Ivor Frischknecht says.

Earlier stages of the Ethtec project have already established a process for converting the waste products into a sugary liquid that is an important precursor.

The new funding will enable a multi-year demonstration project that will take the research to the next stage: turning that liquid into ethanol.

Chemistry-wise it’s not too different to brewing beer. A strain of yeast is added to the sugary solution to produce alcohol.

ARENA’s funding will help to bankroll a demonstration facility at Muswellbrook that is intended to support an eventual commercial deployment.

The world-leading facility will partner with researchers from the Newcastle Institute for Energy and Resources at the University of Newcastle.

The plant is expected to generate 270,000 litres of advanced biofuel each year and will allow for Ethtec’s proprietary system to be developed and tested using a number of different waste products (known as feedstocks).

“Ethtec’s facility in the Hunter Valley will provide a demonstration of a new and innovative process for the production of bioethanol, gaining pivotal research and development which will lead to the commercialisation and positioning of Australia as a leader in the production of advanced biofuels,” Mr Frischknecht said.

Wood waste leftover from the local ti... Read more
Bioenergy / Energy from waste
How a waste product from the sugar industry could soon power the trucks that carry it image

A breakthrough could deliver a new ge... Read more
Bioenergy / Energy from waste
View all related stories
Follow Us
Back to top