Is it possible for wind and solar to supply reliable, dependable electricity day or night, regardless of the weather? 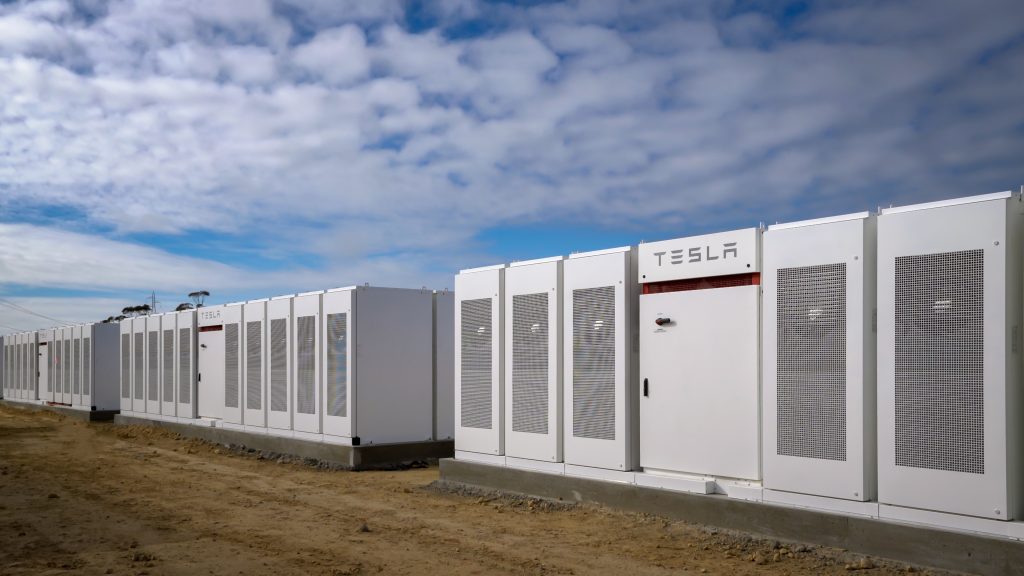 One of the biggest criticisms of renewable energy has been the simple fact that the output of wind and solar farms can vary depending on the weather and time of day.

When renewables made up a small part of the generation mix, that variability wasn’t a big problem. But as wind and solar do more of the heavy lifting, it is vital that we find ways of storing renewable energy for the times when less energy is being generated.

Listen to Storing renewable energy in the world’s biggest batteries

In this episode of ReWired: Solving the Energy Puzzle, we look at one of the newest – and most headline grabbing – large-scale storage technologies.

Back to the future

Just like the AA cells that historically powered devices like transistor radios, massive battery banks today are storing renewable energy in electric vehicles and increasingly offer a way to support the electricity grid.

“Batteries are unlike anything else that is on the system at the moment. They’re multifunctional, they can respond in milliseconds, they can provide a range of services.”

Edify Energy CEO John Cole tells us about the grid scale 25 MW / 50 MWh battery they have installed alongside their solar farm at Gannawarra in northern Victoria.

As well as powering 16,000 homes for two hours in the event of a major outage, the Gannawarra Energy Storage System is providing services that help to maintain a stable network frequency, which in turn boosts the system strength of the local grid.

“Edify’s mission is to produce as much clean green electricity as we can. We’ve done that originally through solar farms and now with storage devices.”

As more energy is supplied by wind, solar and other variable renewable energy sources, batteries and other storage technologies are predicted to become an essential part of the energy landscape.

For the Australian Energy Market Operator (AEMO), the variability increases the degree of difficulty involved in keeping the lights on. In a paper released in mid 2019, AEMO predicted that Australia would need 15 GW of utility scale storage by the early 2040s.

In this episode, AEMO CEO Audrey Zibelman shares her perspective on the role storage technologies like batteries have a role to play ‘firming’ the variable output of wind and solar farms, and helping to keep the lights on.

“For wind and solar, of course, our biggest fuel source is weather, which means that we want to take advantage of weather diversity. But we also need to make sure that because we know that the weather doesn’t always work quite the way we want it to, that we can firm those resources.”

While this is likely to come from a range of storage methods, it is becoming clear that batteries have a role to play. Within days of the official ribbon cutting ceremony at the Hornsdale Power Reserve in South Australia in 2017, the world’s biggest battery helped to arrest a drop in grid frequency when a massive unit failed at Victoria’s Loy Yang Power Station.

Within a year of operation, it became clear that the battery could provide frequency control ancillary services with lightning speed, reducing reliance on fossil fuel powered plants and saving tens of millions of dollars in FCAS costs.

Energy Efficiency Council Head of Policy Rob Murray-Leach tells us that having batteries compete in these markets is lowering costs for energy consumers.

“So what we’ve seen from the Hornsdale battery in South Australia is that they make the majority of their income at the moment from frequency control, which basically means very quickly increasing output or increasing intake of energy in order to balance the grid.”

With support from ARENA, the Hornsdale Power Reserve is now being expanded by 50 per cent. It is one of five big battery projects to receive ARENA funding, that are placing Australia at the cutting edge of the global commercialisation of battery technology.

We also hear from Climateworks CEO Anna Skarbek, who believes that batteries will be an important part of the future energy portfolio. She says that flagship projects like the Hornsdale Power Reserve in South Australia provide a glimpse of the future and help to shift the conversation around the energy transition.

It’s a long way as the crow fli... Read more
Battery storage
ARENA sharpening its focus as it tackles next steps in energy transition image

ARENA has launched its 2019 investmen... Read more
Battery storage
How to use an electric car battery to power your home image