We know we can produce energy from coal, oil, natural gas and renewables, but what about that elusive “fifth fuel” – energy productivity? 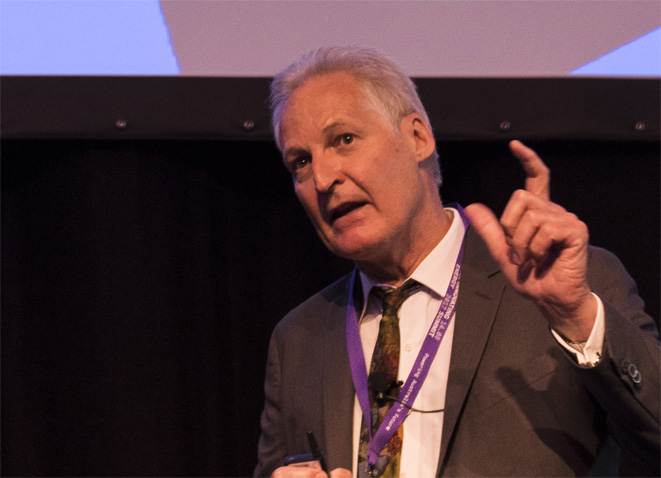 “It’s not just desirable but an absolutely essential part of this energy revolution picture,” Stuart White, director of the Institute for Sustainable Futures at the University of Technology Sydney, says.

In the fourth video of our Energy Innovator series, featuring lightning talks from some of Australia’s leading minds in energy, White makes the case to the ARENA-hosted Innovating Energy Summit in Canberra for a doubling down of Australia’s energy productivity target by 2030. Scroll down further for a detailed Q&A with ARENA’s own Phil Cohn.

Energy productivity refers to how much value for money comes from our investment in energy. The Council of Australian Governments measures Australia’s energy productivity as “national gross domestic product (GDP, in millions of dollars) divided by petajoules (PJ) of primary energy (a measure of the total energy supplied within the economy)” and the federal government has set a National Energy Productivity Target of 40 percent by 2030.

Improving energy productivity is also one of the four key components that make up ARENA’s investment priorities.

But White believes Australia can do better.

“We have historical precedent for much greater improvements in energy productivity. Just take lighting – who would have anticipated we’d have such multiple, indeed, looking toward tenfold improvements, if you go from incandescent to LEDs?

“If we look across every sector…then we see this same huge story. We would argue that doubling energy productivity is the minimum that we should be aiming for in the future.”

Demand response, distributed generation and batteries all play a role in improving energy productivity, White says. But the energy savings of such investment are only part of it.

“There’s a whole lot of associated multiple benefits. Indeed the reductions in material flows and water flows are worth in some cases three times more than the energy savings themselves.”

And Australia’s efforts on an international scale are lagging, he says.

“If this was an Olympic sport we’d be deciding to spend an enormous amount of money on it. We’re 27th out of 34 OECD countries. China has been increasing at twice the rate over the last decade.”

“Energy productivity is the quickest, the cheapest and the largest source of new energy that we can find.”

As ARENA launches a new investment pl... Read more
Renewables for industry
What they’re saying about our new podcast, Rewired: The Innovators… image

What they’re saying about our new podcast, Rewired: The Innovators…

Could cheap, plentiful supplies of re... Read more
Renewables for industry
Supercharge your business image

Are you looking for the opportunities... Read more
Renewables for industry
View all related stories
Follow Us
Back to top