As the Australian population grows, approximately 50 million tonnes of waste is produced across the nation each year. That’s an awful lot. 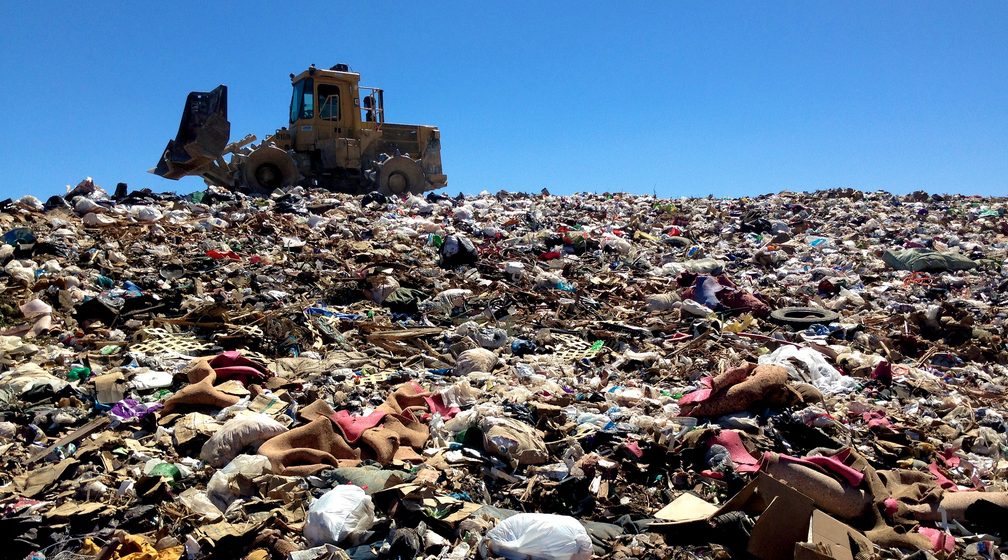 Truck sorting through rubbish at the tip.

Alongside a sharp increase in recycled goods since 2005, waste materials produced in Australia every day can include sewage sludge, abattoir waste, food and farm by-products and animal manures.

As a nation we are drowning in our own unwanted rubbish, a fact that’s been made abundantly clear by the ABC’s successful War on Waste series. Our appetite for excessive consumption may have brought us to this place, but it’s not all bad news. The growing area of ‘waste to energy’ spans a range of exciting and fast-developing technologies that all share the same goal: taking the trash we currently produce as a society and turning it into a sustainable energy source.

ARENA is involved in numerous projects in the waste to energy space and there was a buzz of optimism as more than 60 people from associated industries gathered at a recent day-long Waste to Energy event in Brisbane.

Hosted by ARENA and UnityWater, the event was a forum to highlight the opportunities for converting unwanted trash to energy in Australia. It’s a field that has potential to spill into areas as varied as behind the meter consumption, exporting renewables, heat and transport. The day featured waste to energy financiers and supporters including Clean Energy Finance Corporation, Queensland Department of Environment and Heritage Protection, Queensland Department of State Development, Arup, Foresight Group as well as ARENA and UnityWater.

The mood was one of qualified optimism. Various challenges confront waste to energy, including inconsistent waste levies among the states of Australia, the cost of transporting waste materials and the complexity of the projects in this space. Supply of waste (known as feedstock) can be unreliable when compared to other renewable energy sources such as solar, wave or wind. These are challenges, to be sure, but there remains a sense of possibility and excitement and ARENA was proud to share with those attending some of the cutting edge projects it has already funded.

OK, it’s a little yucky but this is seriously interesting stuff. ARENA has funded $297,000 towards the $697,000 cost of assessing the commercial viability of building an energy facility, which would generate both biogas and electricity, at the Kwinana sewage treatment facility on the Sunshine Coast. The project aims to make energy and biogas from both untreated and treated sewage, as well as fats, oil and grease waste products from local industry and businesses. Gas will be captured and cleaned and then used to generate electricity. Results of the feasibility study are soon to be announced but as facility owner UnityWater says, the goal is: “to tap into these different waste sources to produce sustainable, renewable energy”.

2. Bottom of the waste chain to top gun?

Could biofuel made from waste water and other unloved substances be converted into jet fuel for the aviation industry? It may seem like an unlikely transformation but it’s absolutely on the cards. ARENA has contributed $2.42 million towards an overall cost of $5.38 million for Australia’s first advanced biofuel laboratory, to be built at the site of Northern Oil facility in Yarwun, central Queensland. The project is aiming to produce renewable diesel and jet fuels from biocrudes – which can be made from organic materials including woodwaste, wastewater and agricultural waste. And that should be useful for aviation, shipping and defence industries of the future.

It’s hoped the laboratory, which will allow testing that would otherwise have to be done overseas, will eventually lead to a commercial scale biorefinery, which would help to improve Australia’s overall fuel security. Queensland MP Ken O’Dowd said recently that ‘the Federal Government is committed to seeing their BioOil dream become a reality with ARENA funding support, I look forward to seeing their operation grow and develop’.

3. There will be blood

It stands to reason that an abattoir, or meat processing facility, generates plenty of waste. With a little ingenuity some of that can be converted to biogas. ARENA has funded ReNu energy to build a biogas plant at Southern Meats’ sheep abattoir in Goulburn, New South Wales which will generate around 1.6 MW. The project involves creating an “anaerobic lagoon,” a man-made outdoor earthen basin filled with animal waste that is free of dissolved oxygen and provides an environment for animal waste to be broken down. This innovative project exists on a “Build Own Operate Maintain” (BOOM) model, which means ReNu energy will own the digester, gas conditioning and generation equipment with the Southern Meats abattoir obtaining on-site renewable energy under a power purchase agreement (PPA).

What would it look like if a community decided to take charge of its waste and convert it into energy? ARENA has contributed $146,000 for the Mount Alexander Sustainability Group for a feasibility study into building a community waste to energy facility in Castlemaine, Victoria. The total cost of the project is $340,000. The proposed facility would turn a mixture of sewage and green waste from the council’s maintenance activities as well as food residue from local businesses into bioenergy for Coliban Water, a utility company based in nearby Bendigo. The project aims to use a mixture of different waste types in a way that is innovative and that could be rolled out across other communities if it is successful.

Mount Piper is a coal fired power station, near Lithgow in New South Wales. It faces all of the familiar environmental challenges that its name suggests. But could waste to energy promise a way to make it far more efficient and less carbon intensive? A project, funded by ARENA to the tune of $400,000 is helping to fund a feasibility study that will take household rubbish (basically what you put out on the curb every week) and convert it into “refuse derived fuel” (RDF) a product that can be burned in place of coal. EnergyAustralia, which runs the station would then use that fuel to power a hybrid boiler used to preheat steam that is used in early stages of the power generating process. The boiler would consume approximately 100,000 tonnes of RDF and would generate 37000 MWh of renewable energy each year. It would reduce the station’s output of greenhouse gases by 60,000 tonnes per year while delivering the same amount of electricity.

How often do you think about what hap... Read more
Bioenergy / Energy from waste
Report finds bioenergy will generate jobs, lower emissions image

Wood waste leftover from the local ti... Read more
Bioenergy / Energy from waste
View all related stories
Follow Us
Back to top