Australia has an unfair global advantage in the field of solar energy and we should exploit it, says ARENA CEO Darren Miller. 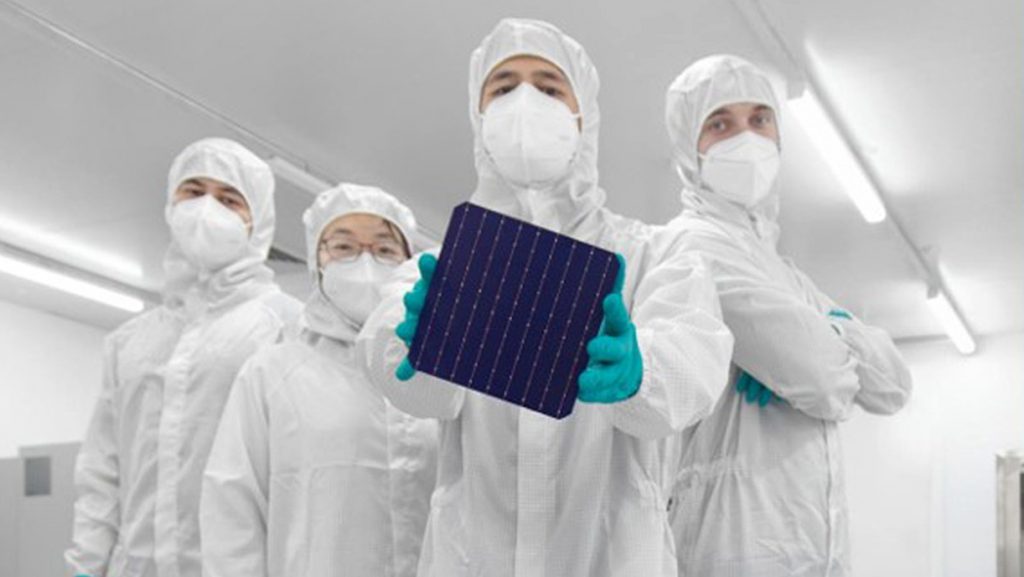 The world has a long, hard road ahead to achieve net zero by 2050, according to ARENA CEO Darren Miller.

Not only is the target ambitious, it also has some large nuts to crack in hard-to-abate industries like steel, cement, aviation and agriculture.

But in his keynote speech to the 2022 All Energy Australia in Melbourne, Mr Miller painted an optimistic picture.

Pointing to governments and businesses becoming increasingly aligned and committed to reducing emissions, Mr Miller highlighted one source of renewable energy, and one nation in a particularly strong position to exploit it.

“One of the most important things Australia can do to help with global decarbonisation and succeed economically on the journey to net zero is to capitalise on our unfair advantage in renewable energy generation,” he said.

“And within that broad goal, delivering our vision of “Ultra Low Cost Solar” is the key technology that will make this happen.”

“Large scale solar today costs around $1.2 million per Megawatt, or $1.20 per Watt, to install in the field,” Mr Miller said.

“Breaking it down, at this installed capital cost of $1.20 per Watt, the effective cost of solar energy (or levelised cost) works out at around $50-60/MWh.

“In contrast, Ultra Low Cost Solar costs 30c per Watt fully installed in the field – that’s 75% below today’s level and will deliver energy at $15-20/MWh,” he said.

And ULCS modules deliver other benefits.

“They are made from cheap, abundant, non-toxic and stable materials.”

“More efficient modules mean greater energy output from … the civil works, mounting, wiring and labour needed to install these modules in the field.

“And let’s not forget about land use. We live in a big country with lots of land, but every hectare is precious. Generating more energy from a given area of land is a huge advantage that Ultra Low Cost Solar has over traditional solar,’ Mr Miller said.

According to Mr Miller, Australia needs to think on a massive scale and be really smart about planning.

“Firstly, we have a head start as we already have the world’s best researchers working on it, right here in Australia,” he said.

Much of that research is led by the UNSW and the Australian Centre for Advanced Photovoltaics (ACAP), a collaboration of 7 Australian universities and research organisations.

ARENA recently provided an additional $45 million in funding to ACAP, taking its total investment to just under $130 million since the program was established almost 10 years ago.

And ARENA has also backed two of Australia’s most promising startups in this sector.

SunDrive, a company started in a garage in Woollongong by two UNSW graduates, is aiming to replace expensive silver in solar modules with 100 times cheaper copper.

Mr Miller said: “Not only are they showing that this is possible, but they have broken two world efficiency records in the process – just in the last 12 months.”

ARENA is also funding 5B Solar to drive down manufacturing, labour and land costs by automating the way modules are assembled in a factory and using GPS guided robots to install the modules in the field.

Finally, looking ahead, Mr Miller raised the prospect of some exciting news in this field.

“Following the release of our Investment Plan, we launched our $40 million solar R&D funding round earlier this year – specifically targeting the 30% efficiency goal and the 30c per Watt installed goal,” Mr Miller said.

“We have recently selected the winning projects from this funding round, and we’ll be making an announcement on this soon.”

To learn more about the amazing technologies and projects that ARENA is supporting, please visit our website and sign up to our newsletters.

They are the places where renewable e... Read more
Solar PV R&D
The Energy Innovators: A solar boost to the mining industry image

After battling through a long, cold w... Read more
Solar PV R&D
View all related stories
Follow Us
Back to top