The tide is renewable and relentless. Where the sun can energise photovoltaic panels for a variable handful of hours a day and the wind can blow turbines for days on end but equally disappear for extended periods without warning, the tide is near constant and entirely predictable. 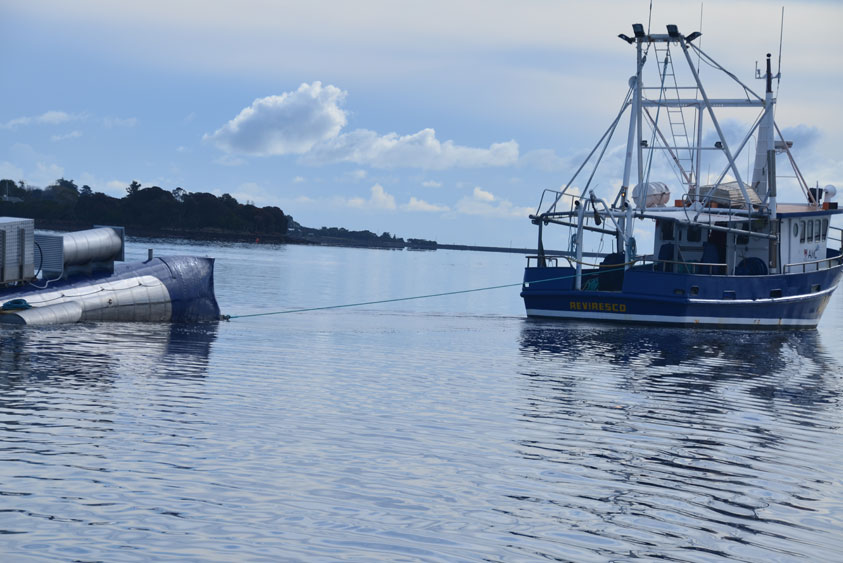 Tidal turbine towed out to sea.

Estimates suggest, at the best locations, tidal energy could power a turbine for between 18 and 22 hours a day, every day. At a time when a rising proportion of electricity generation comes from inconstant sources, and the need for reliability has become a mantra in public debate, the tides along Australia’s vast coast are potentially a significant untapped resource.

Though invisible in most discussions of the future of electricity – tidal energy didn’t rate a mention in chief scientist Alan Finkel’s recent review of the future of the National Electricity Market – there has been interest from some investors in the possibility of tidal energy. Usually, they ask authorities for information about the potential for development around the continent. Until now he answer has basically been: we don’t really know.

Australia’s tidal resource has only been modelled to a resolution of 10km – not fine grained enough to be meaningful given the impact of local geography.

This gap should be filled through a new $5.85 million project, led by researchers at the University of Tasmania’s Australian Maritime College in partnership with ARENA, the CSIRO and the University of Queensland. ARENA has contributed $2.95 million.

The three-year plan involves developing a national hydrodynamic tidal model that can map the tidal energy resource to 500m and identifying the most promising regions for energy extraction. The results will be published in an online atlas similar in style to a CSIRO wave energy map completed earlier this year.

There will also be a detailed feasibility study of two sites with potential for a commercial-scale tidal plant. And there will be an assessment of the cost of connecting high-potential tidal energy sites to either the national grid or off-grid sites.

How does tidal energy work?

In simple terms, a tidal energy works via a turbine works like a wind turbine, with blades rotating 12-to-18 times a minute depending on tide strength. The turbine is connected to a gearbox that turns a generator, creating electricity. Projects are under way in Canada’s Bay of Fundy and at testing sites in Ireland and France, and the maritime college recently completed a trial in Launceston’s Tamar River for Australian manufacturer MAKO Tidal Turbines.

One of the high-potential sites that will be studied is Banks Strait, which stretches between Tasmania’s north-eastern tip and the Furneaux island group. Dr Penesis says it could have a capacity of 350MW, generating about three terawatt hours of electricity a year – nearly a third of what Tasmania uses annually. It could be connected to the national grid or off-grid to Flinders Island, which is currently reliant on a diesel-fuelled generator.

Other prospective sites are largely in the far north. The Clarence and Dundas straits near Darwin have an estimated combined resource of 1.3GW. The Torres Strait is about 500MW. King Sound, north of Broome, has great potential but is quite shallow and particularly remote.

All sites will face a challenge to become economically viable, but Dr Penesis says tidal energy has advantages – predictability, being less in need of back-up, having low visual impact, working effectively on or off grid – that suggest it could become affordable relatively quickly. “It has some greater advantages over some of the other marine (wave, offshore wind) resources. We expect it can have a faster cost reduction by 2030,” she says.