The clean dozen: Twelve projects from the past 12 months that show how we’re changing Australia’s energy system

If there’s one takeaway message from the ARENA Annual Report that was presented to the Australian Parliament today, it’s that we’ve had a massive year, playing a critical role in helping Australia’s transition to a more affordable and reliable energy system. 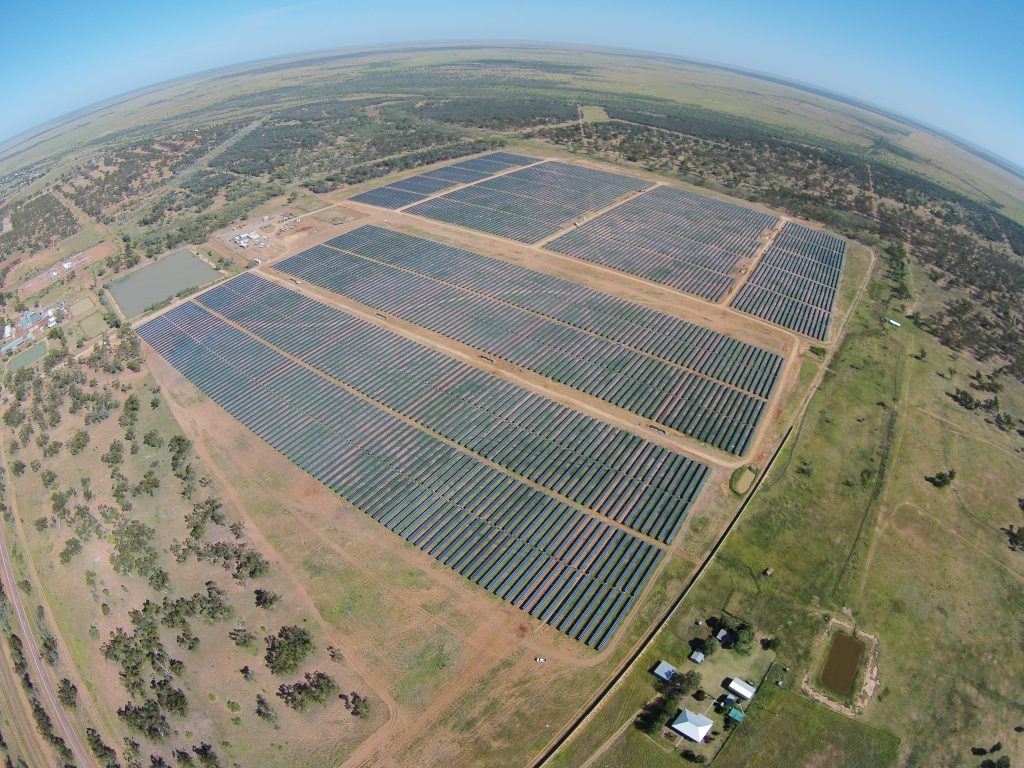 ARENA committed $123 million to 35 new projects over the past year, but those aren’t the numbers we are most proud of.

The grants we made to projects all over Australia helped unlock a total of $1.2 billion in additional renewable energy investment. And that’s the real power of ARENA’s work.

Taking into account the record 45 projects that were successfully completed this year, our investment portfolio at the end of 2016-17 covered 172 projects. And our commitment of $856 million to support those projects attracted another $2 billion in third party investment.

So come with us on a renewable journey as we take you through 12 of our favourite projects from ARENA’s past 12 months.

The DeGrussa Solar Project received ARENA support to demonstrate that big solar plus battery storage can reduce the reliance of remote mining operations on expensive diesel. Located alongside the DeGrussa copper/gold mine, the project’s 34,000 solar panels cover an area similar in size to eight MCG playing fields, making it the largest off-grid solar PV system in the world that provides power to a mining operation.

The power generated by the solar farm has the potential to meet 90 per cent of the mine’s daytime electricity needs, while the energy stored in the batteries helps to smooth out power supply when clouds pass across the sun. This is saving the operation from having to use around five million litres of diesel each year, which is 20 per cent of its total diesel use.

READ MORE: KNOWLEDGE AT THE FRONTIER, THE DEGRUSSA EXPERIENCE

The Emu Downs Solar Farm is one of 12 big solar projects supported by ARENA through our large-scale solar competitive funding round this past year.

In addition to increasing the amount of solar energy produced in Australia, the project demonstrates the financial benefits of co-locating wind and solar farms. Project developers for the solar farm saved time and money by having access to the wind farm’s already-approved and established site, as well as sharing its transmission connection and facilities.

This project also shows is how wind and solar can work together to deliver more continuous renewable energy, which can also improve grid reliability.

LISTEN: OUR REWIRED PODCAST ON THE EMU DOWNS PROJECT

ARENA is supporting the Barcaldine Remote Community Solar Farm in central west Queensland to show how renewable energy can improve the reliability of electricity provided to remote grid-connected townships.

With 78,000 solar panels stretching across an area similar in size to 32 MCG playing fields, the grid-connected solar farm takes pressure off the network by meeting some of the peaks in consumer demand for power during the day. It can also provide the voltage and frequency controls to the grid that help to make electricity supply more reliable.

Demand for electricity is expected to grow in the region as the resources sector is further developed. When that occurs, the Barcaldine Remote Community Solar Farm will further demonstrate how renewables can support the grid by improving the quality of electricity delivered to customers and reducing the need to build expensive extensions to the network.

ARENA is examining how solar farms with energy storage can help to overcome power reliability problems for electricity users living and working at the fringes of grids. Developers of the Lakeland Solar & Storage Project aim to be the first in the world to combine a large-scale smart controller and battery system with a large-scale solar farm to identify how the technologies can best work together at a fringe-of-grid location.

As part of the project, Lakeland will be separated from the grid and powered solely by solar and battery storage for several hours at a time, essentially becoming an “island” during test periods. This will demonstrate that the combination of big solar and big battery storage with a smart controller system will not only provide communities with protection from network failures, but also make it possible to supply renewable energy overnight and at peak demand periods.

5. When energy is the pits – Kidston pumped storage project

Given the potential for pumped hydro energy storage (PHES) to improve the reliability of renewables, ARENA is supporting a unique project that’s examining whether a large-scale PHES system would technically be feasible using two flooded open-cut mine pits at the former Kidston Gold Mine.

Using electricity supplied by the solar farm during the day, water will be pumped from the lower pit to the higher one, essentially converting the upper reservoir into a giant battery. The stored energy can then be released by returning the water through a hydroelectric turbine into the lower pit. Hydro power can be generated almost immediately and at any time, making it possible for renewable energy to be fed into the grid whenever it is needed to help reduce surges, avoid blackouts, or meet spikes in electricity demand.

Phase 1 of the Kidston Solar Project will be co-located with the Kidston pumped storage project (above) as part of a larger project that is proposed to include a second solar farm. The renewable energy generated by the first solar farm (which has received support through our LSS competitive funding round) will be fed into the grid, while the second solar farm will pump water from the lower to the higher reservoir for the hydro project. These three elements working together could be capable of continuously delivering renewables into the grid, day and night.

In addition to repurposing the mine pits, developer Genex Power is using infrastructure left from the previous mining operation to save time and money as well as minimise any additional environmental impact. These include the mine’s accommodation camp, airstrip, road access and an electricity substation and transmission line.

The two projects form a unique combination of pumped hydro energy storage and solar that could be an affordable way of providing reliable renewable energy 24 hours a day.

This year, ARENA provided funding to the Australian National University to produce an atlas of thousands of suitable sites for off-river pumped hydro energy storage (STORES) around the nation. STORES sites typically involve a pair of reservoirs, with one located much higher than the other. When joined by a pipeline, the water in the lower reservoir can be pumped to the higher one using solar or wind power. The renewable energy is essentially “stored” in the pumped water that sits in the top reservoir, and can be “discharged” when needed by dropping the water through a hydroelectric turbine into the lower reservoir.

The project will increase industry’s awareness and confidence that cost-effective and large-scale energy storage can be provided using STORES.

We are supporting an EnergyAustralia project that is examining the use of seawater for pumped hydro energy storage as a way to smooth out the large amounts of variable renewable energy being generated in South Australia.

While the unusual approach was developed because South Australia lacks the rainfall, rivers and mountains to run a conventional pumped hydro system, it could potentially be adopted elsewhere in Australia to support the grid as increasing amounts of renewable energy are fed into the network.

The project’s initial work identified a site in the Cultana region that appears to have the appropriate elevation above sea-level along with proximity to the coast and an existing transmission line. If proven to be viable and subsequently developed, the Cultana seawater PHES would be the second in the world to be built.

READ MORE: CAN WE LEAD THE WORLD WITH PUMPED HYDRO? LET’S SEA

The 5 MW VPP will be created by installing and connecting approximately 1000 battery systems “behind the meter” in homes and businesses in metropolitan Adelaide. Being able to store any excess electricity generated by their rooftop solar panels for use at a later time means households and businesses can use more of their own renewable energy. Intelligent energy management software built into the battery systems will also allow AGL to operate the batteries like mini power stations, exporting electricity from participants’ battery systems to support the grid when there is high demand or instability. 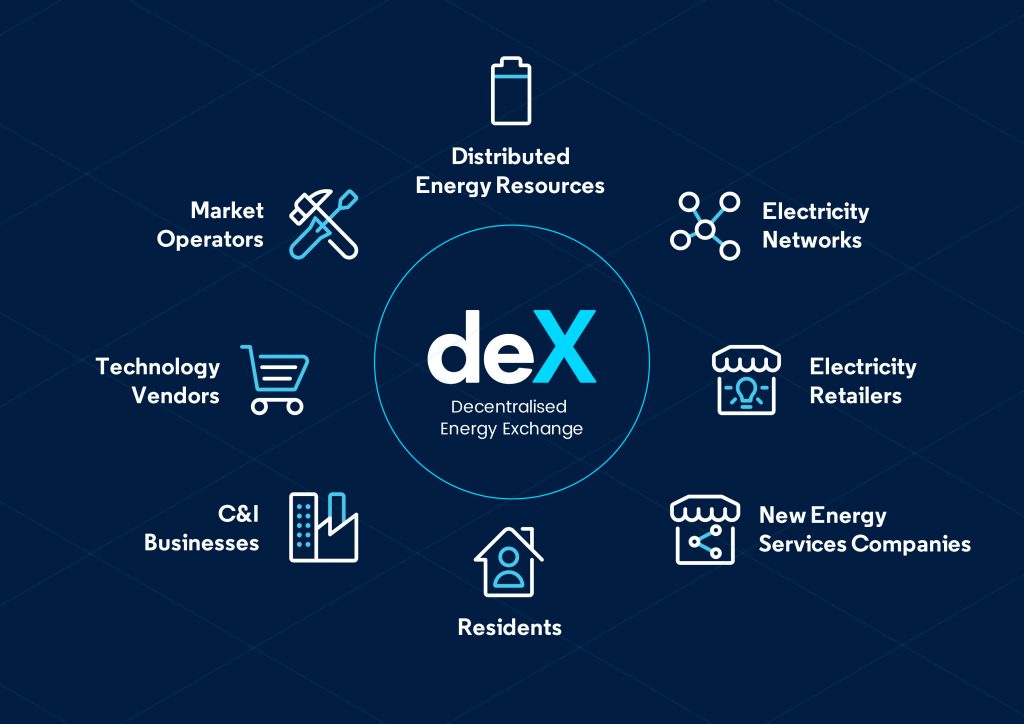 GreenSync is developing a revolutionary digital marketplace that will change the way energy is produced, stored, used and traded in Australia. The decentralised energy exchange (deX) will make it possible for owners of rooftop solar systems or battery storage to earn money for helping to keep their neighbourhood’s lights on.

When rooftop solar is combined with batteries, households and businesses can use the stored renewable energy when they need it most. However deX will make it possible for them to also sell the electricity back to network companies when it’s needed to meet peaks in demand or strengthen the grid.

With deX supporting the emerging “peer to grid” market, it could encourage more households and businesses to install solar PV and batteries to earn revenue from their energy retailer or service provider for helping to support the grid.

ARENA has also supported AGL’s work on a flexible and modern marketplace that could make renewable energy more affordable and better able to support the grid. The peer-to-peer (P2P) energy trading project is examining whether the secure online ledger Blockchain could make it possible for households and businesses to trade their solar energy with each other, as well as the grid.

The project is running a simulation using existing data from a previous study involving households in Melbourne, Victoria equipped with solar panels, battery storage and “smart” air conditioners that can be controlled remotely. The real-time data gathered during that study will be re-used to simulate peer-to-peer trading between the households.

The trial will identify whether there is value in a P2P market and whether blockchain is a cost-effective way to run that market.

The University of Technology, Sydney’s smart grid project is tapping into the little-known potential of smart inverters to help the grid manage variations in voltage and reduce the need for costly new network infrastructure.

An inverter is the technology used to feed electricity generated by solar panels or stored in home battery systems back into the grid. The latest in smart inverter technology can be controlled to vary the amount of renewable energy that enters the network, feeding it in to help increase voltage at locations where it is low, or stopping the renewable energy from entering the grid at locations where it could contribute to high voltage issues.

If successful, the project would pave the way for Australia’s booming rooftop solar community to help improve the quality and reliability of electricity from the grid. This would ultimately make it possible for Australia to significantly increase rooftop solar as well as other forms of renewable energy flowing into the electricity network.

The customer might always be right, t... Read more
Distributed energy resources
The Innovators podcast: Hello from the outside image