The Lakeland Solar and Storage Project project involves the construction of a large-scale solar plant with battery storage in the Lakeland region of North Queensland. The integration of big solar and battery storage has the potential to revolutionise power supply for fringe-of-grid locations.

There are challenges associated with supplying power to fringe-of-grid areas from central generation sources. These challenges include network constraints, lack of supporting infrastructure and loss of power due to transmitting over long distances.

Currently there is little knowledge sharing about how large scale solar PV and battery storage can service fringe-of-grid regions.

The project will test a number of battery operation modes, including an ‘island’ mode, where the local distribution network is disconnected from the main transmission line. A battery testing plan will also be implemented over the first two years of operation to measure battery performance.

ARENA has worked with Conergy to form a knowledge sharing working group, which includes AEMO, BHP, Ergon Energy and Origin Energy to analyse and share the lessons learned from the battery testing plan. 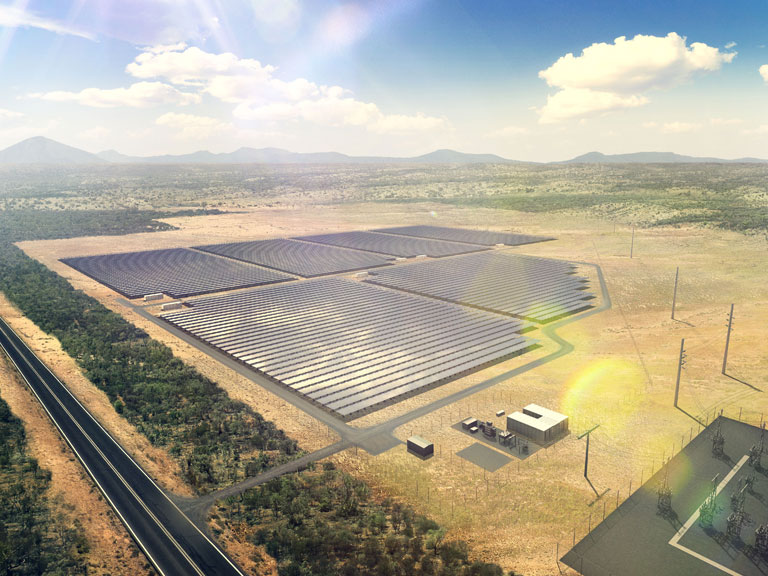 This presentation was given by Harry Fernandez from Cardno and Brian Iwaszczyn from Lakeland Solar & Storage at the ARENA Insights Forum on 25 June 2019.

This paper, authored by Ekistica for ARENA, examines insights from Australian fringe-of-grid projects to broaden and deepen Australia’s understanding of fringe-of grid systems.

A world-leading project in far north Queensland is set to combine big battery storage and big solar to supply solar power after sundown and during peak usage times.

Partnering battery storage with solar generation allows the energy generated throughout the day to be captured and stored for use when it’s needed. The project will be a global first in big solar and battery storage and can act as a building block for future projects of similar nature.

More broadly, AECOM predicts that combining solar with storage in fringe of grid locations could generate an additional $4-5 million revenue in a number of identified locations experiencing network constraints.