No one predicted the rate at which solar would grow in Australia. Large-scale solar, which involves large (more than five megawatts) power stations comprised of solar PV – is set for an exciting ‘third wave’ of expansion. 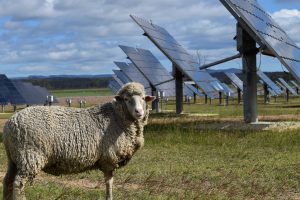 Over 522 MW of large scale solar PV is slated to be built over the next two years, up from 251MW of large scale solar PV in operation today. ARENA is playing an important role in this by providing grant funding through a competitive process to reduce the risk borne by early movers in the sector.  But we’re also seeking to accelerate the impact of grant funding by sharing data, knowledge, experience and lessons learnt within the sector.

In April, ARENA hosted a workshop in which the first wave of solar developers – AGL Energy and Fotowatio Renewable Ventures (FRV) shared general experiences and lessons with the shortlisted applicants under the ARENA Large Scale Solar PV Competitive Round as they were writing their bids.

Interestingly, most of the lessons learnt highlighted in the workshop were not technical – the technology risk of large scale solar has been largely minimised through the development of a lot of capacity overseas. Rather, the major challenges to successfully executing a project are largely local environmental, regulatory and social factors.

The remote areas where large scale solar plants are built can get extremely hot – upwards of 45 degrees celsius on occasion. Solar developers need to factor this into their project planning schedules and their work, health and safety plans by avoiding construction during the hottest part of the day and ensuring that there is lots of shade, rest and water for their workers. The constraints that heat places on development schedules can come as a surprise to overseas developers who have not worked in Australia before. ARENA has developed Heat Stress Management Guidelines, a publication that is available to solar developers upon request by emailing arena@arena.gov.au.

Often the people who are best able to work in those sorts of temperatures are the locals. And employing them can bring serious economic benefits to the small regional communities and improve communication between the local community and the project. One of the most common things that can throw a project schedule out is an unexpected community response. Investing significant resources in communicating with the community early, listening to local concerns and ideas, and responding to them constructively can do a lot to mitigate this risk. In the words of one developer, “community consultation costs time, but it saves you money in the end”.

Large scale solar is a new industry in Australia, and developers have found they need to spend time educating their contractors and supply chains on how to handle solar panels, and how to increase productivity on site. The same collaborative education process is beneficial for local councils, most of whom will have never gone through the permitting process for a solar farm before.

The key message for developers here is that it pays invest time in exploring the fine details and learning from past experience of other projects. Regulatory and permitting requirements are complicated and can take time. Many months before a solar developer puts the first shovel in the ground, developers need to ensure that they have carefully considered and are compliant with legislation such as:

These are not simple ‘set and forget’ exercises. For example, one project described how EPBC compliance meant implementing an ongoing monitoring regime and staff education programme to ensure that the habitat of the Northern Quoll is not compromised to run through the entire construction phase.

Experience from Australian solar projects shows that farms can run roughly as many sheep through a solar farm as you would through a normal paddock, and that helps keep grass down for the solar farm operator, reducing maintenance costs.

However, the construction phase can be disruptive to the host landowner and it’s important to work closely with them.

Australia has a long, skinny grid and requirements to connect up the grid are more stringent and complex that other major markets such as the US and Europe. Engaging with the Australian Energy Market Operator (AEMO) and the local network service provider (NSP) early on is a key step in the grid connection process. Every NSP’s requirements are subtly different. Moreover, NSPs are learning how to connect solar farms, just as the rest of the industry is learning how to build and operate them in Australia. There can be significant advantages for developers when they do their own network impact studies upfront.

Talking to the local NSP about whether generator performance standards, which governs the parameters in which a generator can operate to ensure that it supports network stability, can be a ‘living document’ that can be revised and updated over time can also be beneficial.

Co-location of wind and solar PV

Co-locating a solar farm with an existing wind farm does result in cost savings, particularly by connecting to the grid utilising existing wind farm connection infrastructure, and by extending existing project financing arrangements to cover the new solar farm in order to reduce the cost of finance. Further details can be found in the ARENA wind and solar co-location study.

In a pre-commercial industry such as large scale solar, the early movers know that sharing knowledge to support the development of more successful projects can be one of the best ways to grow the size of the pie for everyone, without diminishing their own share of it.

‘It’s gunna get big’: the story of a new solar farm and the people behind its rise. image

‘It’s gunna get big’: the story of a new solar farm and the people behind its rise.