ARENA has unveiled a $40 million R&D funding round to develop the next generation of solar technology. 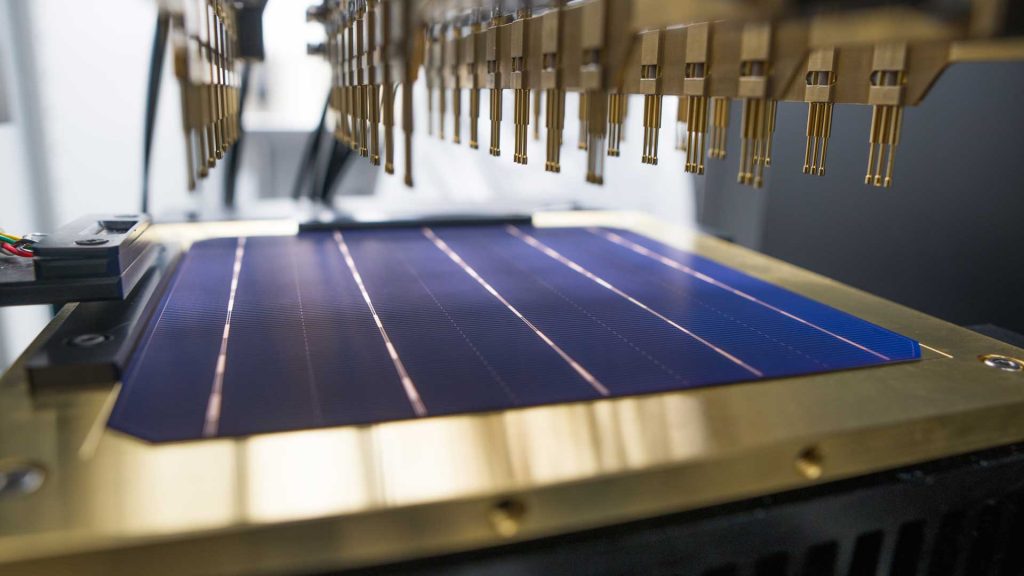 Driving down the cost of solar power is the objective of new funding announced by the Australian Renewable Energy Agency (ARENA).

The $40 million competitive funding round will support research and development (R&D) projects that can materially reduce the levelised cost of solar PV by 2030.

Split into two streams, ARENA is seeking R&D projects that can drive innovation in solar PV cells and modules or reduce balance of system, operations and maintenance costs.

Each of the two streams have equal funding allocations of up to $20 million.

Ultra low cost solar is a new priority technology for the Australian Government, with the 2021 Low Emissions Technology Statement (LETS) setting a stretch goal to reduce the cost of utility scale solar electricity to $15 per megawatt hour.

This would represent roughly a two thirds reduction from today’s costs, providing a source of ultra cheap electricity that could enable other technologies including hydrogen, energy storage and low emissions metals to become cost competitive by providing cheap power.

ARENA’s 2021 Investment Plan aligns with the stretch goal contained in the LETS, setting an ambitious target of 30 per cent module efficiency and 30 cents per installed watt at utility scale by 2030 – dubbed Solar 30 30 30.

“This $40 million R&D funding round will support Australia’s solar researchers and industry to get behind the target of Solar 30 30 30 and drive the innovation that will deliver ultra low cost solar,” Mr Miller said.

“Ultra low cost solar will be a vital component in helping Australia move towards a lower cost, largely renewable electricity system and achieve the goal of net zero emissions by 2050.”

“ARENA’s Solar 30 30 30 target is crucial to getting solar power down to less than $15 per megawatt hour, and is therefore vital for reducing electricity sector emissions and unlocking the potential of other low emissions technologies like clean hydrogen,” Minister Taylor said.

Australia has a well-earned reputation for being at the forefront of technological innovation and renewable energy is one field where home-grown inventions have changed the world.

In the 1980s researchers at the University of New South Wales developed the PERC solar cell, which today is the technology used by more than 80% of the world’s solar panels.

LISTEN TO THE “GODFATHER OF SOLAR PV”, UNSW’S PROFESSOR MARTIN GREEN, TALK ABOUT HIS LIFE’S WORK AND HOW ULTRA LOW COST SOLAR WILL CHANGE THE WORLD.

Darren Miller says he hopes ARENA’s new funding round will build on Australia’s history of pioneering in solar PV to develop the next wave of breakthroughs that will bring down costs and increase efficiency of solar.

“That great work continues through ACAP, our universities and CSIRO as well as clean energy startups. Just a few months ago, SunDrive – a startup founded by former UNSW students and now based in Sydney – created the world’s most efficient solar cell.” he said.

LISTEN TO SUNDRIVE’S VINCE ALLEN TALK TO OUR REWIRED PODCAST ABOUT HOW THE STARTUP BROKE THE WORLD-RECORD FOR SOLAR EFFICIENCY SET BY LONGI, A MULTI-BILLION DOLLAR CHINESE COMPANY.

ARENA has funded the Australian Centre for Advanced Photovoltaics (ACAP) with more than $80 million over the past decade and supported more than 70 solar R&D projects to date with almost $105 million in grants.
Round opening soon

More information on the round, eligibility and how to apply is available here.

The Energy Innovators: A solar boost to the mining industry image