Do you have a high tech home with solar panels charging big banks of batteries, a sophisticated energy management system to coordinate smart appliances, and a point to charge your electric vehicles? 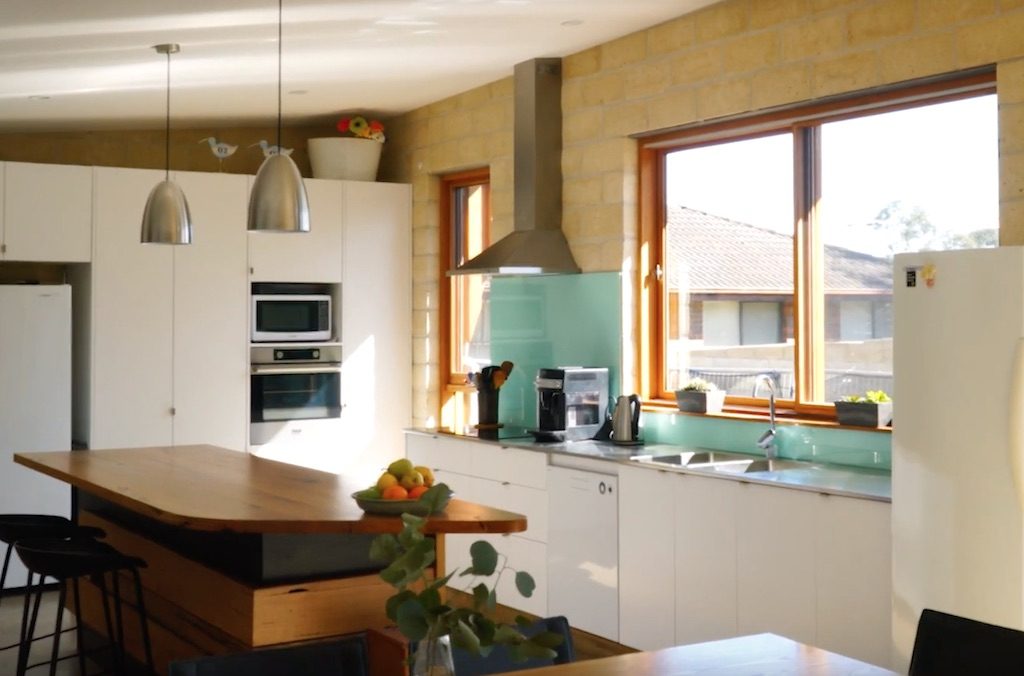 Has your high tech home been designed to capture warmth from the sun during winter, and stay cool during summer?

Australia’s buildings account for around one quarter of all energy use, around half of which is consumed by homes.

The rise of small-scale, consumer energy assets like solar panels, home batteries and electric vehicles are on the rise, and are predicted to make up account for nearly half of all electricity generated by the middle of the 21st century.

Australian Energy Market Operator chief Audrey Zibelman often cites the fact that six solar panels are being installed around the country every minute, and to date more than 2.2 million homes have already installed a rooftop solar system.

While rooftop solar has hit the mainstream in a big way, there are a lot of other elements to a highly efficient, low energy consuming ‘smart’ home, which until now have largely been the domain of niche self-builders with a passion for sustainability.

Dr Trivess Moore is a Research Fellow in RMIT University’s School of Property, Construction and Project Management. He believes that improving the energy performance of our homes presents an opportunity as we transform to a more sustainable future, where we consume less energy.

Working with researchers from the CSIRO and University of South Australia, he found the benefits of investing upfront in high tech homes are financial, not just environmental.

Across most Australian states, new home builders are required to score a minimum of six stars in the National Home Energy Rating (NatHER) system. But going beyond this standard by installing home renewable energy assets and energy efficient designs can have a big impact on energy bills, as well as day-to-day comfort and livability.

According to Moore, “The evidence around Australia now shows that 7.5-8 star is the economic sweet spot, in terms of performance and sustainability and economics.”

High star ratings can be achieved by integrating home renewable energy like solar panels, home batteries and smart appliances which can communicate with a home energy management system, and also by optimising the thermal performance of homes during the design stage to reduce the need for energy hungry heating and cooling.

Passive measures can be integrated into designs, such as orientating homes to capture warmth from the sun during winter and keep it out during summer, using double glazed windows, insulating and draught proofing, incorporating ventilation, building with sustainable materials, and embracing water sensitive designs.

There is an upfront cost for some – but not all – these measures, which until now has been cited by home builders as a reason not to build homes beyond the minimum six star standard required in most Australian states.

Moore says that, ”consumers don’t have the complete understanding of what the implications of the decisions they make about housing choices and performance make.”

His work modelling the lifetime costs for high performing, sustainable houses found that increased upfront capital costs for an 8 star, zero emissions home can be recouped within 12 to 14 years through reduced energy bills.

Another piece of research, the Least Cost Study undertaken by Sustainability House, found that it is possible to upgrade a six star home to seven stars at no additional cost by integrating the right designs from the outset.

“The challenge is the larger developers are producing what the market wants, but the reality is the market doesn’t actually know what’s available, and I think it’s unreasonable to expect them to know that type of information,” Moore explained.

“We aren’t expected to know that information about TVs, cars, other things that we purchase, yet for housing the developers say consumers will demand it,” he said.

Moore believes that it is possible to achieve high performing homes affordably by making smart choices from the design stage.

“We need to think about how much space we need, because if you can start to design, or improve your design so you don’t need so much space – we aren’t talking about huge reductions, maybe 5-10% in some of the larger houses.”

“Put those cost savings into improving sustainability outcomes and you have a house that is much more efficient and effective, and more sustainable and no more costly up front.”

“We have enough people in the industry now who know how to do this. It’s not reinventing the wheel,” he added.

Developers have historically cited a lack of demand for high performing homes which integrate renewable energy, but there are signs that is also changing.

In May this year, a new home renovation series featuring former contestants from The Block put efficient designs and distributed energy assets front and centre, asking whether it is better to better to renovate an existing home or rebuild from the ground up.

And now one of Australia’s largest property developers has set out to prove that net zero energy homes can be built at scale. With support from ARENA, Mirvac will build 49 new sustainable townhouses at Altona North in Melbourne’s west. Each will be fitted with rooftop solar panels, a home battery, smart networked appliances, an electric vehicle charger and highly efficient designs.

ARENA is providing funding under its investment priority to improve the way we use, store, manage and share renewable energy. The agency has provided funding to a number of projects that are developing innovative ways to manage the rise of behind-the-meter energy assets and maintain a stable electricity grid, including AEMO’s virtual power plant demonstrations, the RACV’s work to demonstrate that smart hot water services can manage reverse power flows into the grid, and a study to plan for PV-Rich Distribution Networks.

To support the transition to an elect... Read more
Distributed energy resources
The Innovators podcast: Hello from the outside image