An Australian startup is making solar available to more people than ever before with the world’s first behind-the-meter solar sharing device. 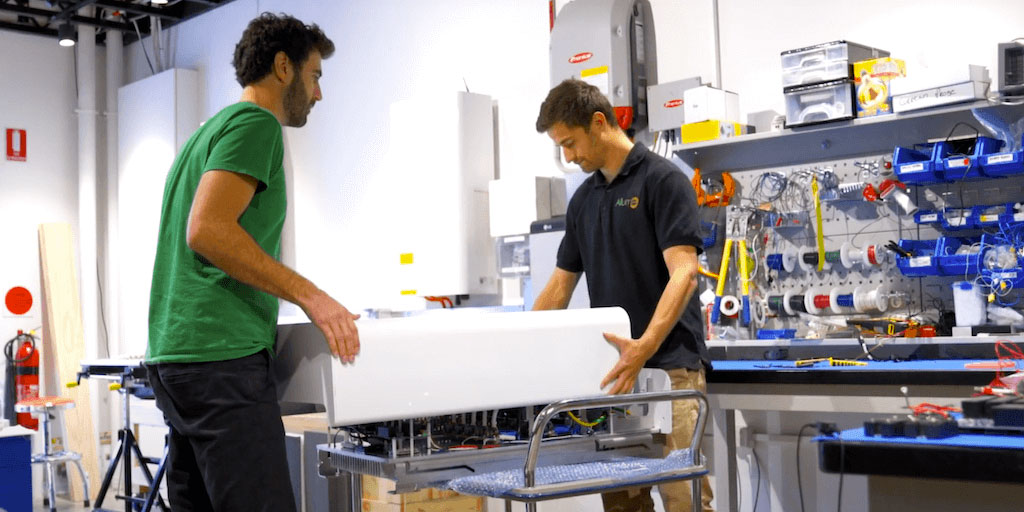 The innovative SolShare technology that shares rooftop solar power amongst multiple tenants within a single building will be installed at properties housing ten not-for-profit service providers.

Invented by Melbourne’s Allume Energy, the SolShare provides a way for apartments and multi-tenanted buildings to access the benefits of solar.

The device is suitable for any building where multiple tenants share a single roof, opening up a new market for the solar industry that Allume values at more than $3.75 billion in Australia alone.

The project will develop an innovative power purchase agreement that allows not-for-profit organisations that own their own properties to generate new revenue.

The first installation will take place at the Salvation Army’s Glenorchy City Corps in Hobart’s outskirts, which opened in September 2019. The building now contains offices, community spaces and areas for community providers to offer drop-in services.

Announcing the project, the Salvation Army’s Tasmanian Divisional Commander Kim Haworth said the partnership with Green Peak Energy will help the charity to operate their buildings in a more financially sustainable way.

“The Salvation Army seeks to contribute to the building of healthy communities and this includes operating in environmentally positive ways,” Kim Haworth said.

“This partnership furthers this intent while also helping us to operate our buildings and deliver our services in ways that are more financially sustainable,” she said.

The SolShare was born in humble surroundings. Invented in 2016 by Allume Energy founder Cameron Knox and former chief technology officer Tian Ting, early prototypes were built in a bin room at the University of Melbourne to keep soldering fumes out of the open plan Melbourne Accelerator Program offices.

“Back in 2016 we came up with the idea, we really didn’t think it was fair that rooftop solar in Australia was booming but there was a significant portion of the population… who were missing out,” founder and CEO Cameron Knox explained to ARENA.

“It was really an evolution, we were inspired by clean energy in general and we wanted to do something new. And I suppose our naivety gave me an edge in creating something new.”

The barriers to solar for buildings with multiple tenants are well known, but until now nobody has been able to find cost-effective solutions. Research commissioned by ARENA in 2018 found that solar gardens, where “locked out” customers purchase panels in a remotely located array, are unlikely to be financially viable without significant subsidies.

A common alternative is to install a rooftop system to power lights and appliances in common areas, but that still leaves residents and commercial tenants solely reliant on power from the grid.

Knox is excited by the scale of their opportunity. “The SolShare is the world’s first behind-the-meter solar distribution system. This is a huge market that is currently completely untapped and we have a product to unlock it.”

With more than two million Australians living in low rise apartment buildings with a roof suitable for solar, there is healthy demand for affordable ways to access it. Allume believes the Australian market for the SolShare is worth more than $2 billion and work is underway to expand overseas with a US launch planned for late 2020.

Humbled by the response from residents

Unlike many emerging technologies that launch in the premium market and trickle down, Allume is flipping that model on its head, deliberately launching into places where people will benefit the most from savings on their energy bills.

Early deployments have focused on community housing, and the new ARENA-supported project aims to create a new model for not-for-profit service providers.

Allume Energy’s Head of Business Development and Technical Sales Jack Taylor says the business has set out to make solar accessible to everybody, not just people that have a lot of money.

“It’s an area that we feel there are real benefits of getting that 40 per cent reduction on your energy bill, it’s really tangible,” Taylor explained.

The company is looking to grow in the residential and commercial sectors but has prioritised community housing. The Salvation Army’s Glenorchy pilot will be the first demonstration of the new PPA model which Allume is developing with support from ARENA.

“It’s a really exciting, world-first opportunity for the Salvation Army to be able to buy cheaper renewable energy for no upfront cost, and then actually make more money by selling energy they don’t use to the other tenants,” Taylor explained.

He says they have been humbled by the feedback from residents living in social housing developments where the SolShare system is already helping to reduce electricity bills.

“Some have called up their housing providers and said thank you, the money that we have saved so far means that we are more confident in using more heating over the winter.”

Despite the focus on community housing, the SolShare has attracted attention from private developers. In 2019 Mirvac became one of Allume’s lead investors as a way to provide solar to their new apartment buildings for the first time.

In late 2019 Allume was invited to pitch to a room of investors at the first founder dinner co-hosted by ARENA and Innovation Bay. Solar manufacturer 5B took out the popular vote, with Allume close behind in second place. From five companies that made pitches at the November dinner, Allume is the third to go on to receive ARENA funding — so far.

ARENA CEO Darren Miller was part of the event panel, alongside co-founder and co-CEO of Atlassian Mike Cannon-Brookes and Tesla chair Robyn Denholm.

Announcing ARENA’s funding for the new project, Darren Miller said the technology is unlocking the benefits of rooftop solar for more people, regardless of the type of housing they live in.

“ARENA is particularly excited that Allume Energy is trialling their technology with the Salvation Army, who will be able to free up more funds from energy costs to help those Australian’s most in need,” Miller said.

As we look back at 10 years since ARE... Read more
Solar PV R&D
The Wollert rubbish tip has come a long way image

As trucks rumble along and disgorge t... Read more
Solar PV R&D
View all related stories
Follow Us
Back to top