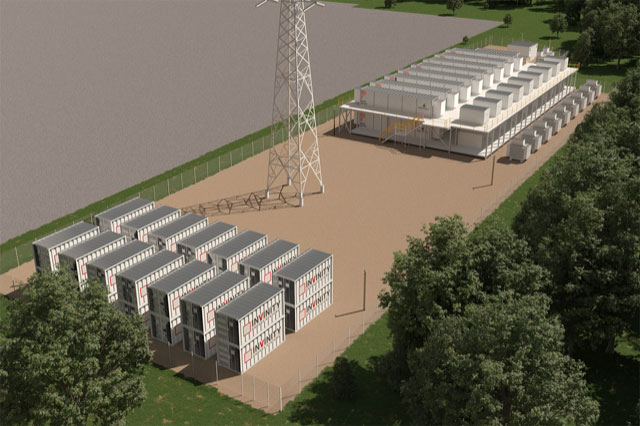 Australia’s first utility-scale flow battery will be built in regional South Australia, trialling an emerging technology that has potential to transform the way energy is stored.

The battery will have 2 MW / 8 MWh of capacity and be connected to the National Electricity Market, providing energy to the wholesale market and frequency control ancillary services (FCAS). The system will be charged by a 6 MW solar array that will be installed on site.

ARENA is providing $5.7 million towards the $20.3 million demonstration under its focus on improving the integration of renewable energy into the electricity network, which has to date supported energy storage projects using lithium ion batteries, pumped hydro and thermal technologies.

“The strong uptake of variable renewable energy has highlighted the need for increasing storage requirements and vanadium flow batteries could play a major role in addressing the emerging need for medium-duration storage, complementing the role of more established technologies such as pumped hydro energy storage and lithium ion batteries in the Australian market,” Mr Miller said.

“We look forward to working with Yadlamalka Energy on this exciting project to demonstrate the benefits of flow batteries connected to the grid, particularly the ability to shift renewable energy generation into more valuable evening peak pricing periods, improving competitiveness in the market.”

The project is an initiative of Yadlamalka Energy founder and chairman Andrew Doman, who said the company is committed to developing renewable technologies to enable a future powered by sustainable energy.

“This project will provide vital support for the electricity grid in South Australia, which relies heavily on intermittent renewable energy sources, leaving it vulnerable to unexpected changes in sunshine and wind,” Mr Doman said.

What is a flow battery?

The term ‘flow battery’ describes a form of medium duration energy storage that has potential to compete with pumped hydro or conventional lithium-ion batteries for grid-scale applications.

Battery supplier Invinity Energy System’s design stores energy in an electrolyte solution containing the element vanadium, which commonly exists as ions with different charges and does not lose efficiency over time, allowing the flow battery to reliably charge and discharge indefinitely. This differs from a lithium-ion battery, which relies on repeated chemical reactions that cause degradation over time and eventually lead to performance losses.

While flow batteries can be produced from an array of different materials, Invinity’s vanadium system benefits from a long operating life, is made from recyclable materials, and unlike other batteries it is non-flammable.

Invinity Energy Systems formed in April 2020 through the merging of flow battery specialists redT and Avalon Battery. To date, Invinity and its predecessors have deployed 40 systems with a collective capacity of 25 MWh, with the new South Australian system on track to become their largest vanadium flow battery when construction is completed by early 2022.

The technology that underpins the design has Australian pedigree, invented in the mid-1980s by Professor Maria Skyllas-Kazacos and her team at the University of New South Wales. While the principles behind vanadium flow batteries aren’t new, the technology is yet to become commercially competitive, with just 100 MWh installed globally so far.

“The major difference is that with a lithium ion battery, every time you charge and discharge the battery you are one cycle closer to the end of life. Whereas, with our batteries we don’t see any degradation based on cycle life,” Harper said.

Invinity’s design has been tested in a laboratory through tens of thousands of cycles, as well as accelerated field trials that replicated the equivalent of thirty years of normal use.

Their modular approach will stack hundreds of small 40 kWh modules to achieve Yadlamalka Energy’s storage objectives, each containing about 1800 litres of the liquid vanadium solution. The solution will last the estimated 25 year life of the battery and can then be reused in other energy storage or metallurgical applications.

By manufacturing the remainder of the battery from common materials like steel, polyethylene and rubber, almost all of the hardware can be disposed of through common municipal recycling at the end of the battery’s life.

One strength of flow battery technology is that greater volumes of energy storage can be achieved with comparative ease and affordability. Harper said Invinity’s vanadium system has the flexibility to supply between two and twelve hours of storage, but is optimised to between four to eight hours duration.

This could sit neatly alongside large-scale lithium ion batteries, which are being installed in growing numbers, generally offering between fifteen minutes and four hours of storage duration. The Yadlamalka battery will be located just 150km from the Hornsdale Power Reserve, providing a comparison between the two different approaches to battery storage.

“For us to be able to provide that four hours of solar power from say 5pm to 9pm when people are most active at home, is a great fit for what we do, but there’s also a great fit on the shorter duration side for what lithium has done as well.”

The Yadlamalka Energy project aims to prove the flow battery concept at a commercial scale, maximising value by shifting energy from peak solar production into the evening and also participating in frequency regulation markets.

Invinity’s 40 kW flow battery modules are about the size of a refrigerator, making the technology well suited to stationary large-scale applications. To date, much of Invinity’s work has focused on providing energy storage for commercial and industrial projects, but they see future opportunities in small office buildings, factories and even residential settings.

As we look back at 10 years since ARE... Read more
Battery storage
Renewable storage heating up at Torrens Island image

In more than one way this was big. It... Read more
Battery storage
Stockpiling solar power in suburban batteries image

Creative ways of storing energy from ... Read more
Battery storage
View all related stories
Follow Us
Back to top