ARENA has signed an agreement with the South Australian Government that could help deliver energy storage projects in the state. 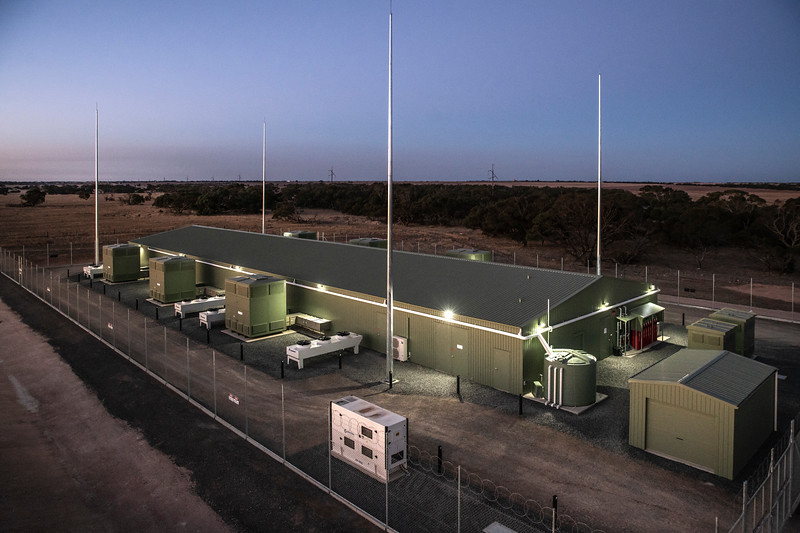 Arial view of the battery storage site in South Australia.

South Australia has by far the highest penetration of renewable energy in the NEM, at 45 per cent.

ARENA has signed a Memorandum of Understanding with the South Australian Government with a view to coordinating the assessment of projects that may be eligible for joint funding.

Applications shortlisted for the GSSF may also be eligible for funding from ARENA under the Advancing Renewables Program (ARP).

Applicants interested in applying for both programs will be required to register and complete a second application to ARENA through the ARP portal to be considered for joint funding.

ARENA and the South Australian Government have also agreed to share knowledge about the projects.

The $50 million in South Australian funding will be divided into two streams for both behind the meter assets and grid scale assets.

Under the GSSF, applicants must be able to match funding dollar-for-dollar.

The South Australian Government have given preference to projects targeting financial close by the end of 2019.

This multi-million dollar fund is more great news for both business and consumers, and is one of a range of measures the Liberal Government is taking to make electricity more affordable and reliable,” Minister van Holst Pellekaan said.

“The fund is technology neutral. Eligible projects must benefit the state by addressing the challenges that have driven up electricity prices in South Australia.

“For example, projects could boost the reliability of our network during peak periods or increase the security of supply at the fringe of our grid.

“The fund will leverage South Australia’s world-class renewable energy assets, as well as the engineering and technology expertise within our business and investment community.”

“The $50 million funding commitment from the South Australian Government will help to realise a number of ground breaking projects that will help provide 24/7 reliable power,” Minister Taylor said.

“The Federal Government encourages investment in the storage and firming technologies needed to provide more affordable and reliable power to Australian families and small businesses.

ARENA CEO Darren Miller said ARENA had worked closely with the South Australian Government to ensure projects that met our criteria could benefit from the state funding, and get off the ground sooner.

ARENA has already committed up to $110 million in funding to support a wide range of projects in South Australia, including innovative energy storage projects.

“As more of our electricity is generated from solar and wind, it is clear that storage technologies will play a key role in delivering secure, reliable and affordable electricity,” he said.

GSSF applications will close on 7 February 2019, to allow for successful applications to be announced by mid-2019.

South Australia is not alone in funding storage. Earlier this year, the Victorian Government funded $25 million for two grid scale batteries now completed in western Victoria, which have been jointly funded with ARENA.

In late October, the NSW Government launched their own Emerging Energy Program which will provide a total of $55 million to cofund grid-scale “emerging and dispatchable” energy projects in the state.

Under the program, the NSW Government will offer up to $10 million in grant funding to capital projects and up to $500,000 for pre-investment studies.

Eligible projects must be connected to the NSW grid and a minimum of 5 MW in size, and be able to be built in the near term.

For further information on the NSW Emerging Energy Plan visit their website.

... Read more
Battery storage
View all related stories
Follow Us
Back to top