The Bombora ‘Cost of Energy Study’ (Study) detailed the ‘cost of electricity’ for energy produced by a 60MW mWave™ wave farm, and confirmed the potential commercial viability of the mWave wave energy converter technology as a source of renewable energy.

Wave power is currently less commercially mature than other forms of renewable energy such as wind and solar, and if effectively harnessed, represents a huge, untapped source of reliable, clean energy. Lowering the cost of producing electricity from wave energy is the key growing the wave energy sector. The results of the Study increase confidence in the potential for the mWave™ to produce low cost of electricity, which is critical to the commercial success of Bombora’s technology. 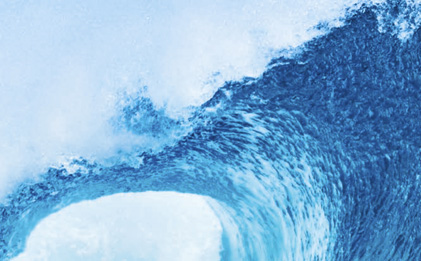 This study investigates the economics of a 60MW wave farm consisting of 40 Bombora Wave Energy Convertors at a site near Peniche in Portugal. 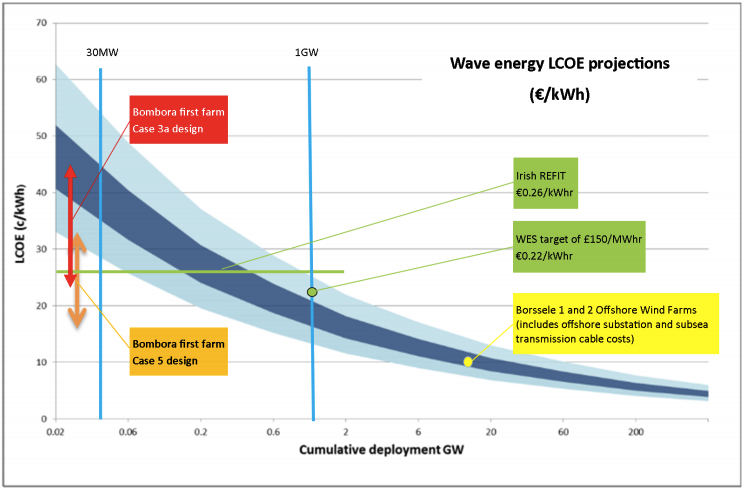 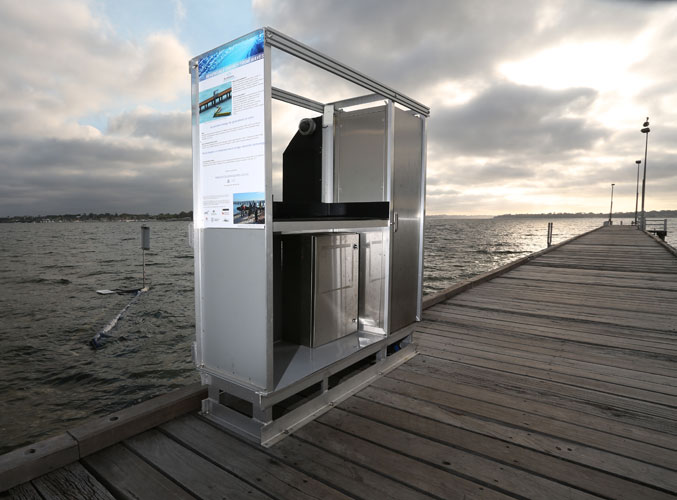 Bombora’s patented mWave™ technology uses a responsive rolling membrane fitted to a long concrete arm resting on the sea floor to harvest wave energy from a wide wave front. The rolling membrane converts wave energy into pressurised air that is passed through a turbine to produce electricity before being re-circulated back into the membrane. The mWave™ is deployed on the sea floor at a depth of 10 metres, fully submerged and protected from violent wave conditions.

Throughout this Study, Bombora engaged with engineering houses for the design of the mWave™ system, and with academic specialists to refine power output modelling techniques. Key suppliers were also engaged to confirm project costs and an independent third party review of the Study was conducted to build further confidence in the results.

As generating energy from the ocean is still in its embryonic phase, electricity costs derived from the industry are currently higher than conventional market rates for electricity. As the industry expands (i.e. deployment capacity increases) and develops, there is potential for significant cost reductions, known as the ‘learning rate’. The expected cost reductions for wave energy through deployment were calculated by an EU funded project, SI Ocean, and are represented in the LCOE chart.

The Study found the Levelised Cost of Electricity (LCOE) for the first Bombora mWave™ wave farm had an estimated range from €17c/kWh ($A25.33c/kWh) to €33c/kWh ($A49.81c/kWh). This LCOE range confirmed Bombora Wave Power’s mWave™ could potentially deliver an LCOE below current market expectations for the wave energy industry. This was achieved by:

The Study also advanced Bombora’s understanding about the projects development risks, with a range of new recommendations for the mWave™ currently under review to assist the mWave™ as it progresses through the Technology Readiness Level stages with a planned full-scale commercial trial.