Home > About ARENA > Board

ARENA’s Board is a skills-based, decision making board. It sets ARENA’s investment strategies and priorities, oversees the running of the organisation, and approves funding for projects up to $50 million.

About the ARENA board

The ARENA board sets the investment strategies and priorities, oversees the running of our agency, and approves funding for projects up to $50 million.

The ARENA Board also has oversight of two committees including the: 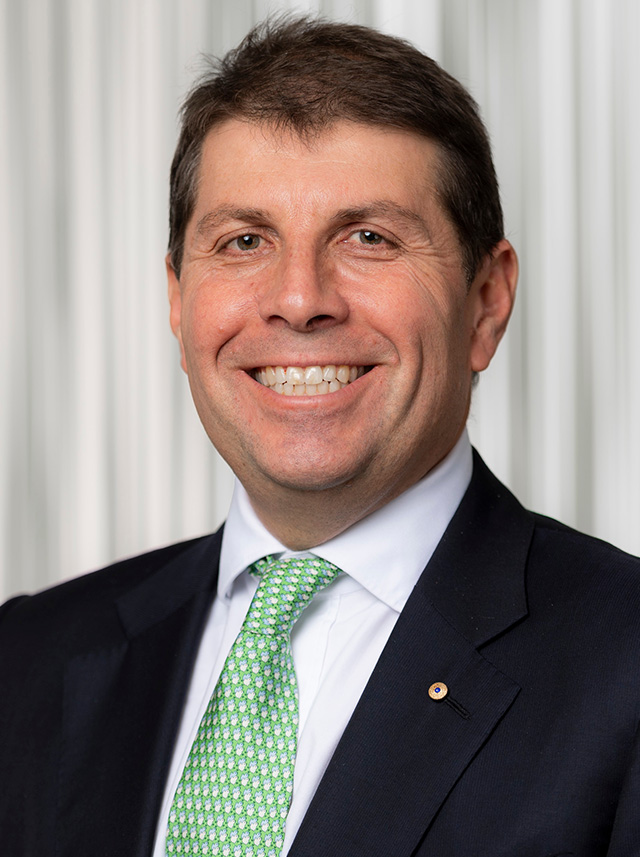 Martijn Wilder is a Founding Partner of Pollination Capital Partners.

Prior to this he spent 20 years as head of Baker & McKenzie’s Global Environmental Markets and Climate Change practice and was Chair of the Baker & McKenzie Law for Development Initiative.

In addition to being Chair of ARENA, Martijn is President of WWF (Australia), a Director of the Climate Council and a Visiting Professor of Climate Change Law at the Australian National University. He also holds advisory roles as Chair of the NSW Climate Change Council and Governing Board Member of the Renewable Energy and Energy Efficiency Partnership, and is a member of the Wentworth Group of Concerned Scientists.

Martijn chaired the Independent Review Committee of the Victorian Climate Change Act, was formerly Chairman of Low Carbon Australia and for many years chaired TRAFFIC (Oceania). In 2012, Martijn was awarded a Member of the Order of Australia in recognition of his “service to environmental law, particularly in the area of climate change through contributions to the development of law, global regulation, public policy and the promotion of public debate, and to the community”. 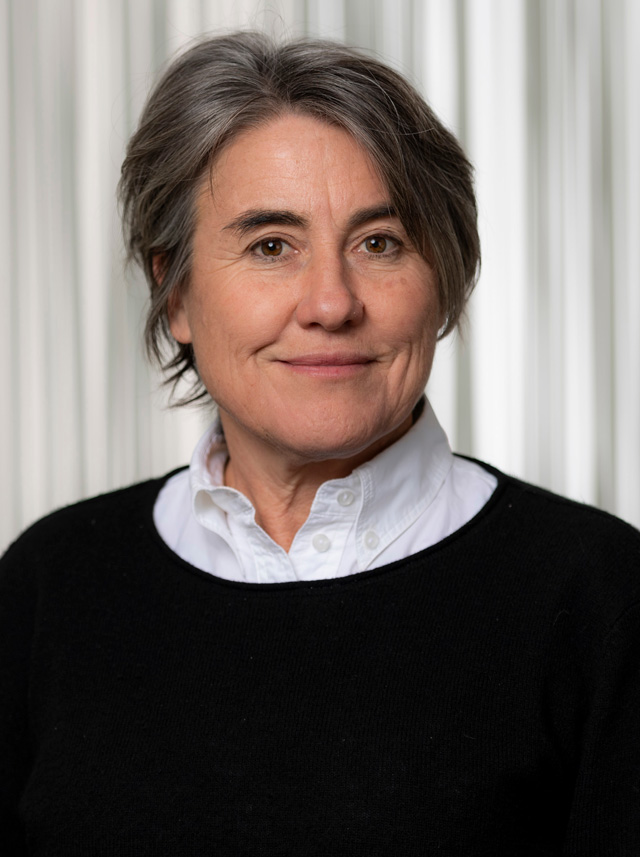 Samantha Hogg brings more than 25 years of experience in executive management across the resources and road infrastructure sectors as well as broad Australian and international experience in finance, marketing and strategic projects.

Her most recent executive role was as Chief Financial Officer of Transurban Limited during the period that the business grew to become a Top 20 ASX company.

She resides on a family farm outside of Launceston in Northern Tasmania and is a graduate of the Australian Institute of Company Directors. 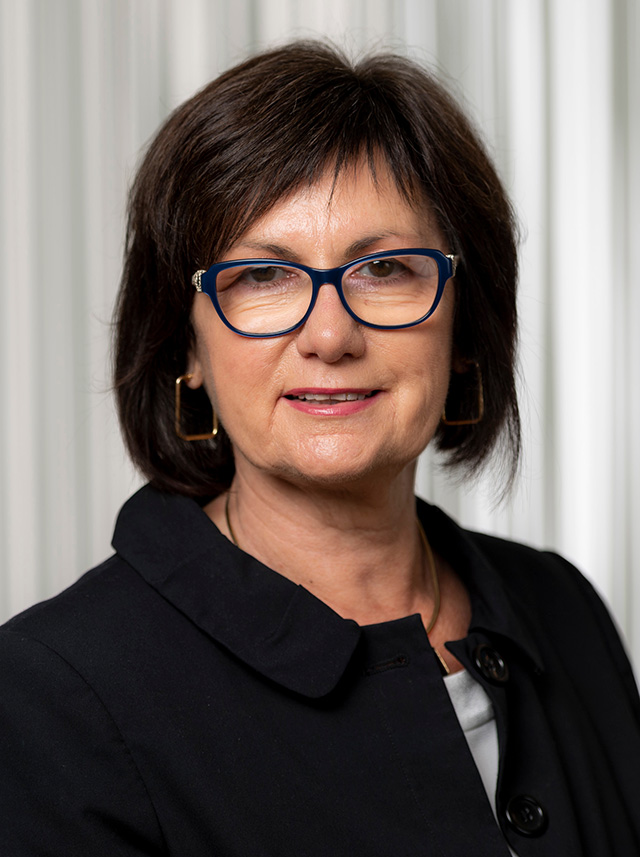 Susan Jeanes is a consultant at Jeanes Holland and Associates, which assists companies that are developing and promoting the goals of sustainability, particularly in the emerging renewable energy sector.

Susan is the Chair of the South Australian Centre for Geothermal Energy Research and the Centre for Energy Technology. Prior to 2002, she worked exclusively in the political area as Advisor to the former Federal Environment Minister Robert Hill on climate change, renewable energy and the urban environment, and serving the Federal Parliament as the Member for Kingston. Susan has tertiary qualifications in politics and environmental studies. 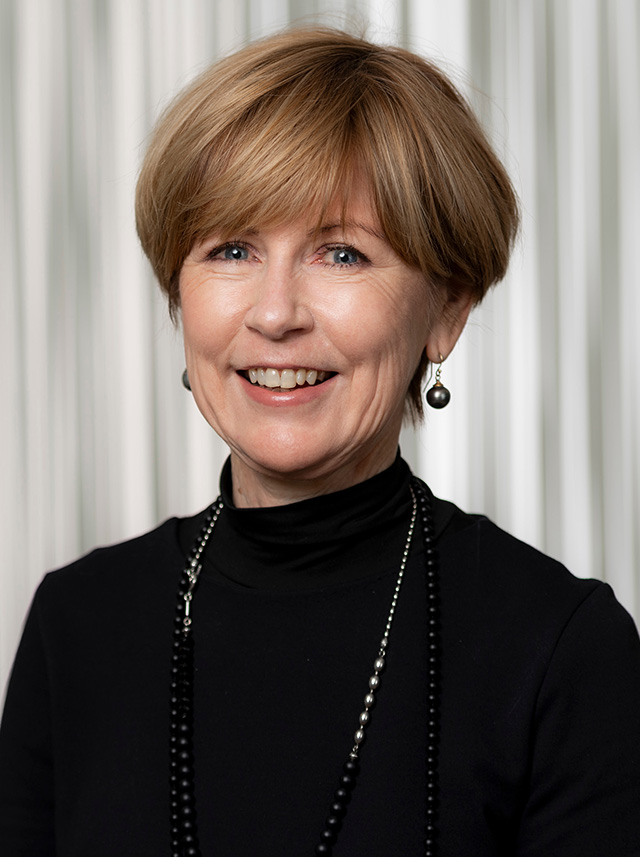 Meg McDonald has career experience at senior levels in business and government across the fields of energy and environment.

From 2013 to 2015 she served as Chief Operating Officer of the Clean Energy Finance Corporation. Previously, from 2010 to 2013, Meg was CEO of Low Carbon Australia Limited (LCAL), leading the organisation’s development of innovative financial solutions for energy efficiency and investment partnerships for financing projects deploying low emissions technologies. Over three years, LCAL financed more than $80 million in projects valued at more than $270 million. LCAL merged with the CEFC in 2013.

From 2002 to 2010, Meg held roles with the global resources and manufacturing corporation, Alcoa, including as Director, Global Issues, Alcoa Inc. in New York and as Global President of Alcoa Foundation. The Foundation was one of the largest US corporate foundations, managing a fund with assets of more than US$500 million and which made annual grants up to US$50 million across 24 countries in environment, sustainability and social projects.

While in the Australian Public Service from 1978 to 2002, Meg had roles across a variety of portfolios. She served as a senior Australian diplomat, including in Geneva, as Assistant Secretary, Environment and Antarctic Branch, and in the Australian Embassy in Washington as Australia’s Deputy Chief of Mission to the United States.

As Australia’s Ambassador for the Environment from 1997 to 1998, Meg was Australia’s lead negotiator for the Kyoto Protocol and played a key role in shaping those negotiations and other environment treaties.

Meg holds an Honours Degree in Applied Science from the University of NSW and has served on boards and a variety of advisory bodies in Australia and the United States. She is currently a member of the Foreign Investment Review Board.

Dougal McOmish has more than twelve years of experience in senior management across the agriculture and financial advisory sectors, as well as large-scale infrastructure project delivery and stakeholder management.

Dougal is a Director of Eco Advisory, a corporate and strategic advisor focused on the food and agribusiness sectors.

Prior to founding Eco Advisory, Dougal was Chief Operating Officer for Sundrop Farms. Sundrop Farms is a world-first A$200 million horticulture and energy infrastructure development, financed by the world’s largest private equity investor KKR. As COO of Sundrop Farms Dougal was responsible for the establishment and execution of Sundrop’s operational strategy and commercial targets. Prior to Sundrop Farms Dougal spent a decade working in the finance sector as an investment banker, predominantly with Macquarie Group in Australia and Asia.

Dougal’s investment banking and project management experience stretches across the infrastructure, utilities, resources and oil and gas sectors, both in Australia and overseas.

He now lives in the Adelaide Hills, and is an economics graduate of the University of Adelaide. 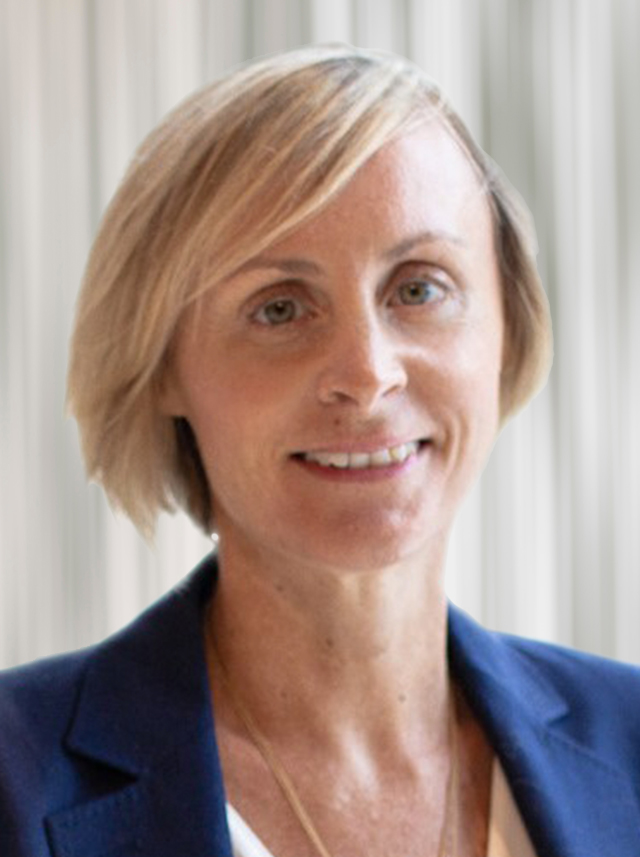 Stephanie Unwin is Chief Executive Officer of Horizon Power. She was previously General Manager Transformation and Technology of CBH Group, where she was responsible for information technology and overseeing the transformation of CBH to a low-cost, efficient supply chain from paddock to port. Prior to that she was Chief Executive Officer of Phylogica, a biotech and medical devices company in Western Australia.

Stephanie has significant executive and board-level experience across a variety of sectors, and is a former General Manager Commercial at energy generator and retailer Synergy. During her time at Synergy, Stephanie was responsible for strategy and innovation, modelling and analytics, corporate affairs and communication, policy and regulation, corporate development and continuous improvement.

Stephanie has considerable experience with renewable energy, including being a key negotiator at Synergy and then the General Manager with oversight for the construction and commissioning of the Greenough River Solar Farm and Mumbida Wind Farm. She also conceived of and developed a renewables infrastructure fund to initial commercial close, took the Alkimos Beach Community Battery Storage project through funding to commissioning and into delivery, and developed the company’s forward strategy for innovation and renewables.

She was also the Chair and operational Board member for the joint venture companies supplying renewable energy from the solar and wind farms. 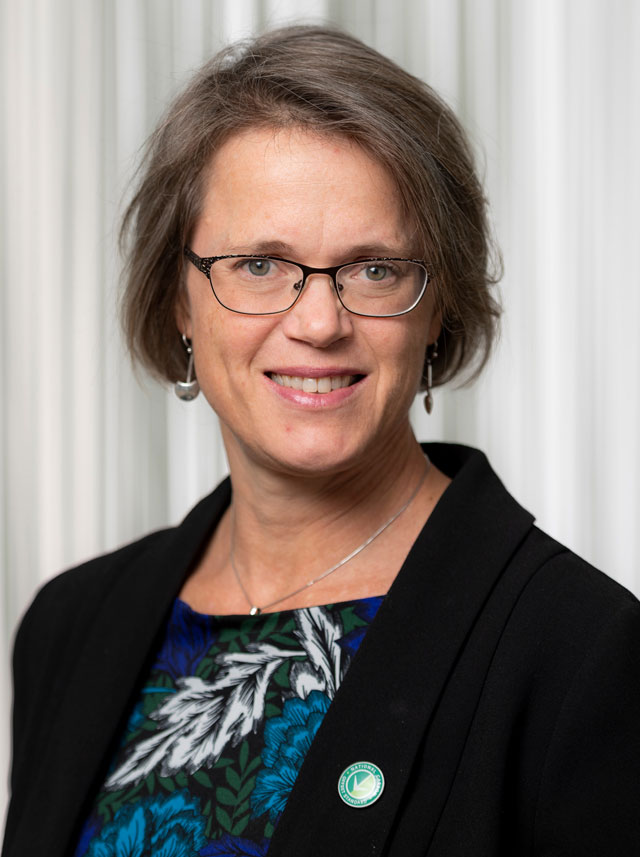 Jo Evans is a Deputy Secretary at the Department of Industry, Science, Energy and Resources and delegate for the Secretary. Jo is responsible for Climate Change and Energy Innovation, and leads the rollout of the government’s climate change policy as well as supporting energy innovation (including hydrogen, offshore wind and electric vehicles).

Jo has a Masters of Public Policy from the Woodrow Wilson School of Public and International Affairs, Princeton University; a Masters in Environmental Science from the University of Melbourne; and a combined bachelor degree in Asian Studies and Economics (Honours) from the Australian National University. 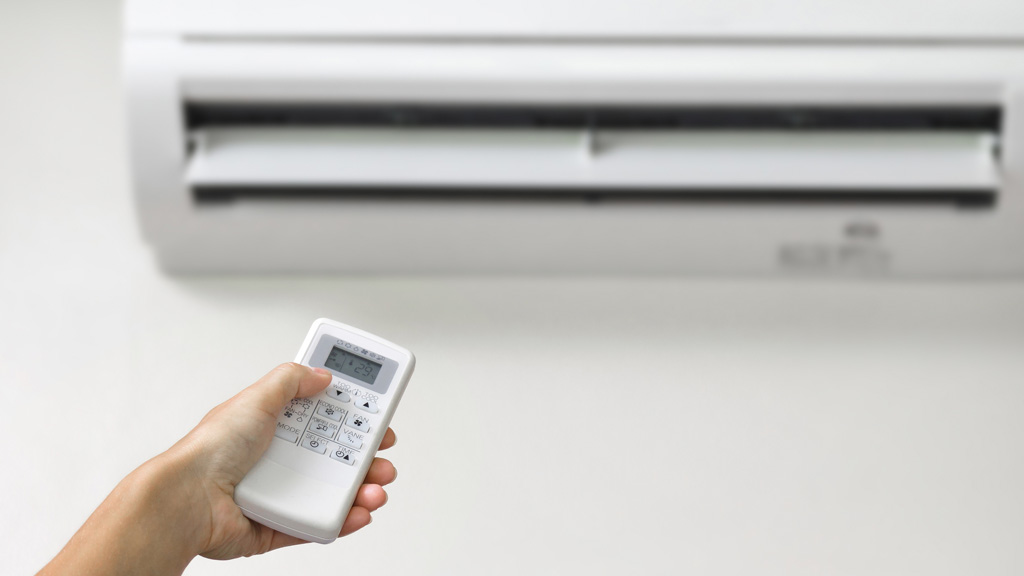 Paying energy hungry industries to power down during periods of high demand will help to reduce electricity bills for all electricity customers. 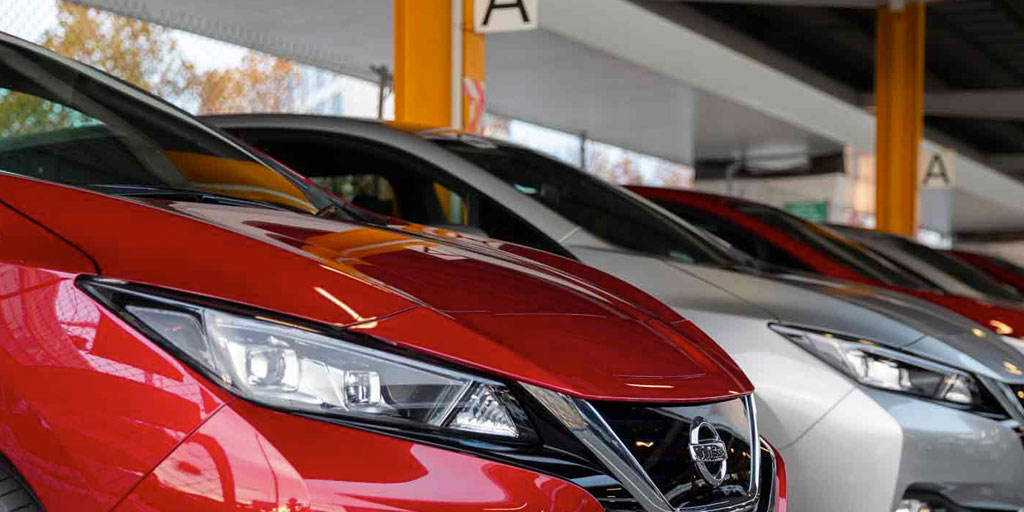 Could your next car also power your home and help to stabilise the electricity grid? 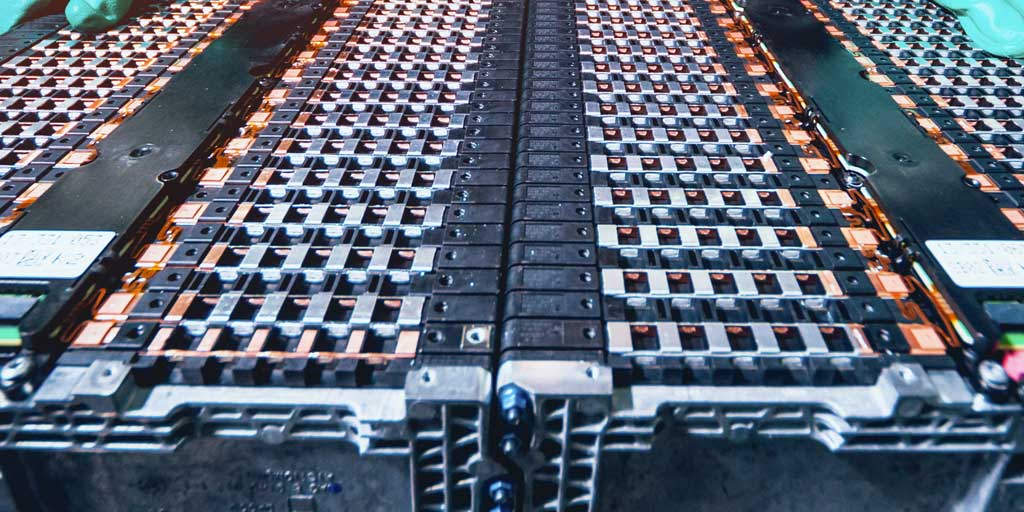 Is big really better when it comes to batteries?

Can a fleet of home batteries deliver the same benefits as large storage connected to the network or a generator?