Next Generation Silicon Solar Cells Above 26% Efficiency in Mass Production

This project will develop the next generation of high efficiency silicon solar cells, with advanced electrical contacts based on doped poly-silicon layers, aiming to achieve efficiencies above 26 per cent in mass production.

This project is funded under the ULCS PV Research and Development Round (R&D) and will build on ARENA’s previous investment into solar PV that support projects aligning with ARENA’s ‘Solar 30 30 30’ target to improve module efficiency to 30 per cent and reduce total construction costs of utility scale solar farms to 30 cents per watt by 2030. Funding will focus on commercialisation prospects, which will take place after an initial R&D phase, to assist getting the new technologies into the market.

Tunnel Oxide Passivated Contact (TOPCon) solar cells are gaining market share due to their higher cell efficiencies compared to the current industry-standard, Passivated Emitter and Rear Cells (PERC). However, further improvements in TOPCon technology are required to enable efficiencies above 26 per cent to be achieved in mass production. This project will develop and demonstrate these new technologies and provide a pathway for their implementation in industry through our project partner, Jinko Solar.

The project will achieve the following outcomes: 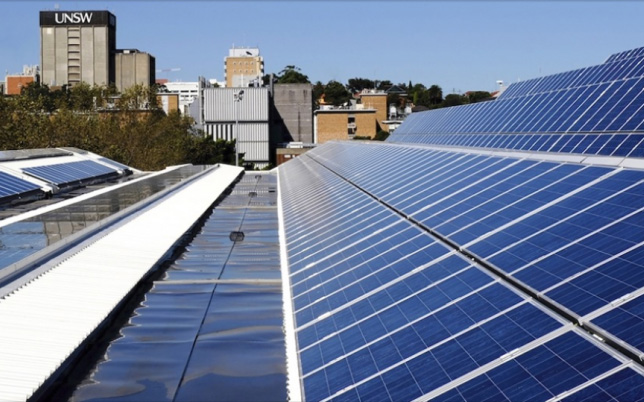 Australian solar energy research is already world-leading, but our ambition is to create Ultra Low Cost Solar to accelerate the transition to renewables.