eArche is a glass-free lightweight solar PV panel that can be fitted on any surface including curved surfaces. Being 70 per cent lighter than conventional solar panels, eArche can be fitted to roofs with weight constraints while still having the same capacity for generation.

A 235 kW array of 812 panels have been installed at the Museum’s Wharf 7 Maritime Heritage Centre building in Darling Harbour, which due to its weight constraints and heritage status could not use conventional solar panels. The array will now reduce the Museum’s electricity consumption by approximately 25 per cent.

ARENA and the Fund’s co-investor Softbank China Venture Capital have each contributed $3.3 million to the Fund’s investment.

“This solar technology, created by SunMan, is an innovative and versatile alternative that can help to incorporate solar into more buildings, making solar a key part of the building process, and allowing solar to be installed on curved surfaces or heritage buildings.

“The Southern Cross Renewable Energy Fund supports innovative companies and challenges entrepreneurs to think outside the box and SunMan has achieved this,” Mr Miller said.

Energus / SunMan founder Dr Zhengrong Shi said: “When I developed eArche, I knew it could unlock the potential for solar on buildings which were previously unable to support conventional glass solar panels.

Maritime Museum Director and CEO, Mr Kevin Sumption PSM said the museum had been exploring installing solar panels to Wharf 7 for several years, but found conventional solar panels were too heavy and rigid.

“We came across a unique glass-free solar panel from SunMan. The 5.5 kg lightweight panels could overcome the building’s structural challenges and also have the same power output as 20 kg conventional panels” he said.

The installation has also been made possible through the Australian Government’s Modernisation Fund. 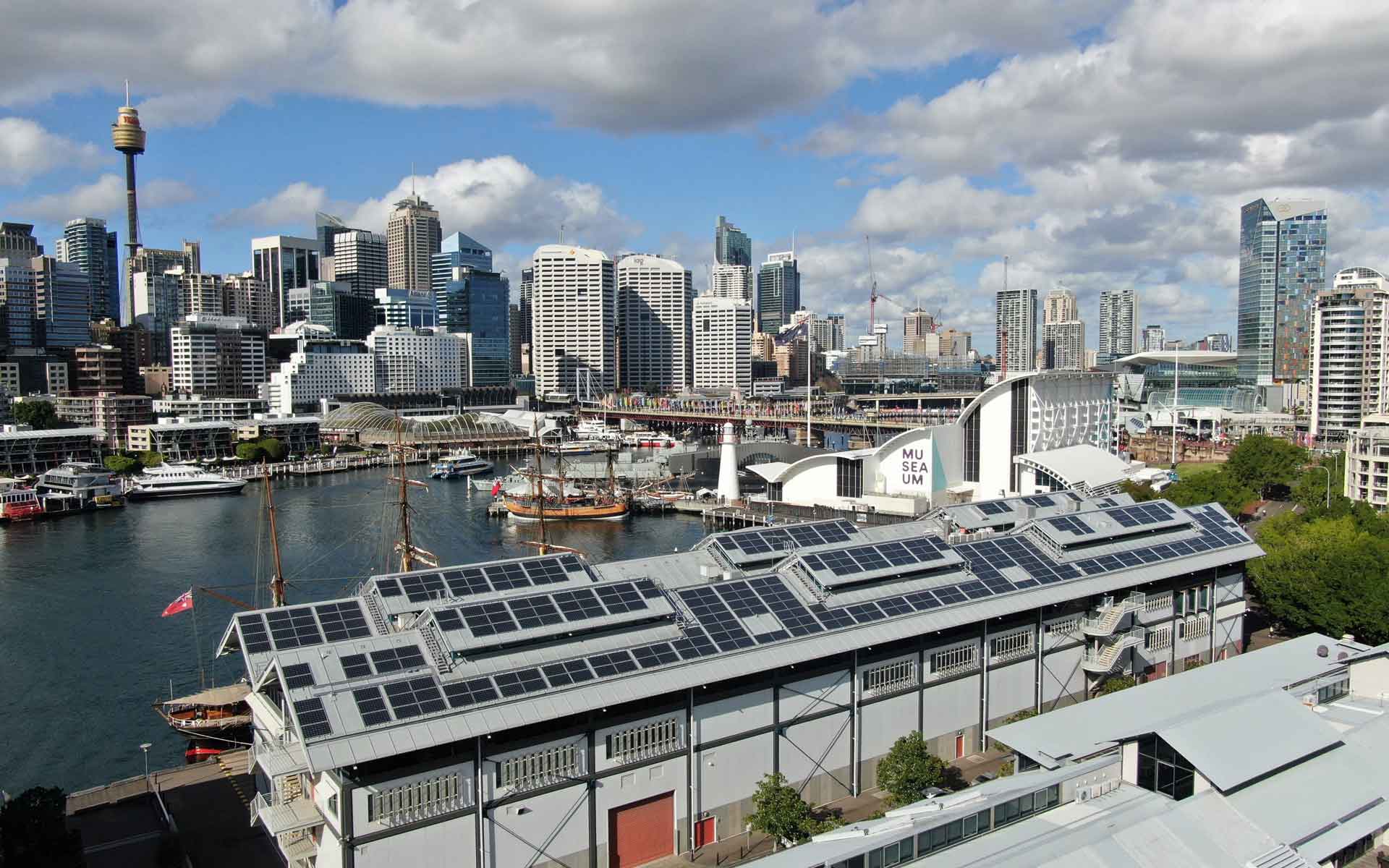 This project is classified as solar PV