Second-hand wind turbines, solar and a battery will combine to power a remote mine in Western Australia.

This project consists of a hybrid 2.5 MW wind farm, 1 MW solar farm and a 2 MW / 0.5 MWh battery that will provide power to a GMA Garnet’s (GMA) garnet mining and processing operation in Port Gregory, Western Australia.

Advanced Energy Resources (AER), a Perth-based renewable energy developer, generator and electricity retailer will build, own and operate the site, due to be commissioned in December 2019.

When complete, the project will be only the second grid-connected project in Australia (after Kennedy Energy Park), and the first in Western Australia to combine solar, wind and a battery into a single hybrid plant.

This project is expected to demonstrate multiple areas of innovation including:

The innovative grid connection uses a back-to-back inverter configuration to separate the customer-side generation from the network, which simplifies the grid connection process. In addition, the battery will smooth fluctuations in generation and load output, which will help stabilise voltage on the local network. 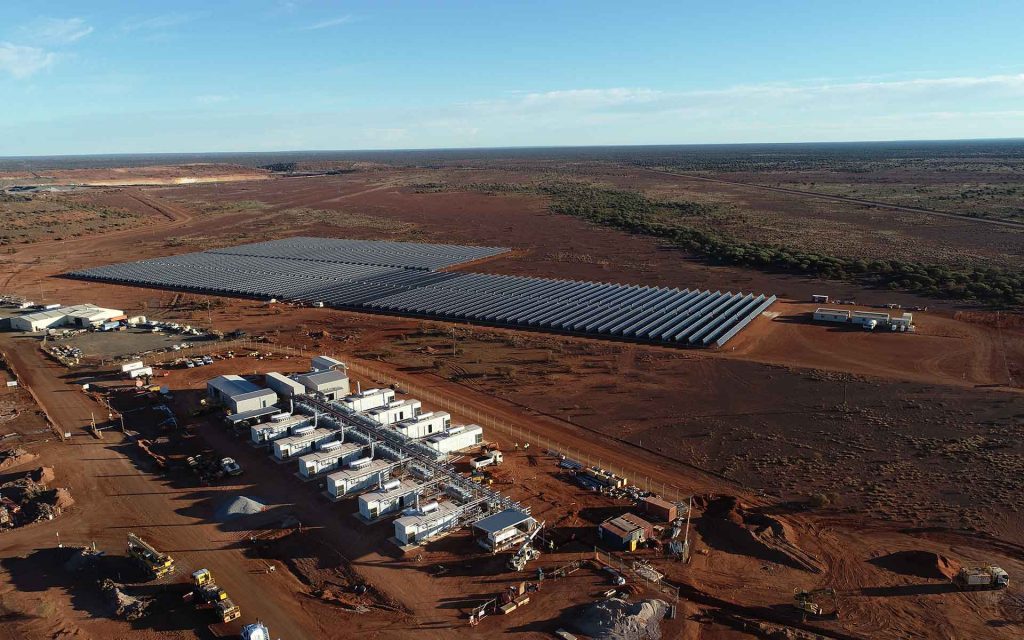 Two remote Western Australian mines are switching to wind, solar and battery power in a bid to improve reliability while also cutting costs and emissions.