The Australian Hydrogen Centre will assess the feasibility of blending renewable hydrogen into gas distribution networks in Victoria and South Australia.

Gas is relied upon by 6.5 million households and provides nearly a quarter of Australia’s total energy supply1.

The gas sector’s vision is to be near zero carbon by 2050. One way this could be achieved is by using carbon-free or carbon-neutral gases (such as hydrogen) in place of natural gas. However, detailed plans first need to determine if the transition from natural gas to renewable gas is feasible.

The Australian Hydrogen Centre will assess the feasibility of blending renewable hydrogen into gas distribution networks (in the near term) and transition to 100 per cent hydrogen networks (over the long term).

Feasibility studies will include:

In addition, knowledge sharing reports will be published, presenting key learnings from Hydrogen Park SA (HyP SA) – where renewable hydrogen will be blended into the gas networks in the suburb of Mitchell Park, Adelaide.

1. Energy Networks Australia, Gas Vision 2050, https://www.energynetworks.com.au/projects/gas-vision-2050
2. HyP SA is being delivered by AGN and has received $4.9 million in grant funding from the South Australian Government, and will be in operation from Mid-2020 for a period of five years http://blendedgas.agn.com.au/ 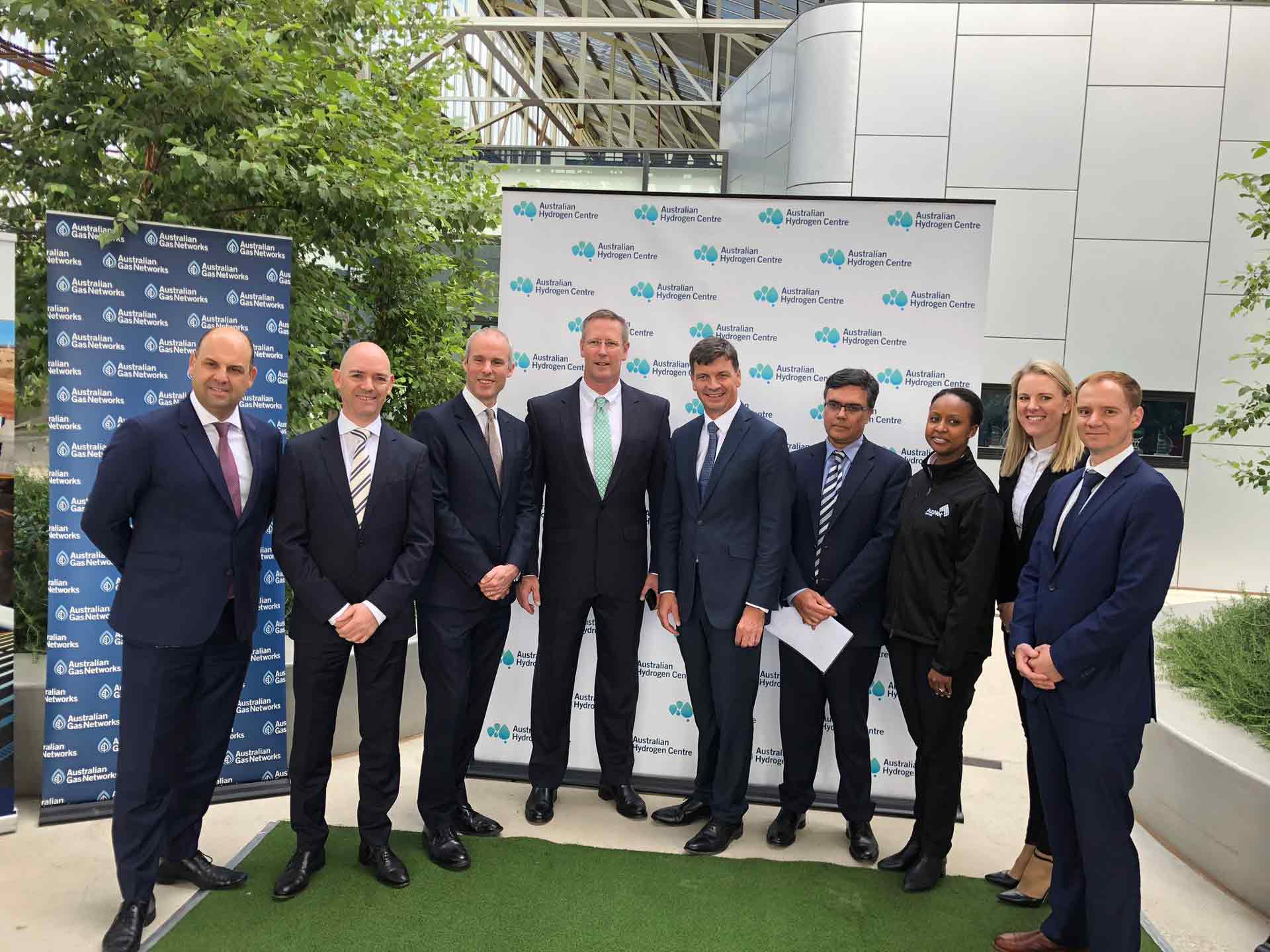 A new centre will investigate the feasibility of blending hydrogen into the Victorian and South Australian gas networks.