The combination of high efficiency solar cells with a low cost method of collecting and concentrating sunlight could significantly reduce the cost of solar-based electricity.

The CSPV technology employs an ultra efficient concentrated photovoltaic (CPV) receiver combined with an optimised heliostat collector field (an array of sun-tracking mirrors). In this system the heliostats concentrate sunlight onto the photovoltaic cells in the central receiver, which is located at the top of a mast alongside the heliostat field. By using large arrays of inexpensive mirrors, the CSPV technology can sidestep cost issues facing other solar technologies and therefore significantly reduce the cost of large scale solar energy.

The pilot plant providing performance data that can be used for the development of a commercial scale CSPV unit including efficiency, long term reliability and operations and maintenance data.

Completion of the project has placed RayGen in a position where it has developed and demonstrated the essential CSPV technology, processes and knowledge base to enable a successful commercialisation phase.

A unique concentrated solar photovoltaic power tower was unveiled in Newbridge, Victoria today, paving the way for the deployment of utility-scale CSPV power stations in Australia and overseas. 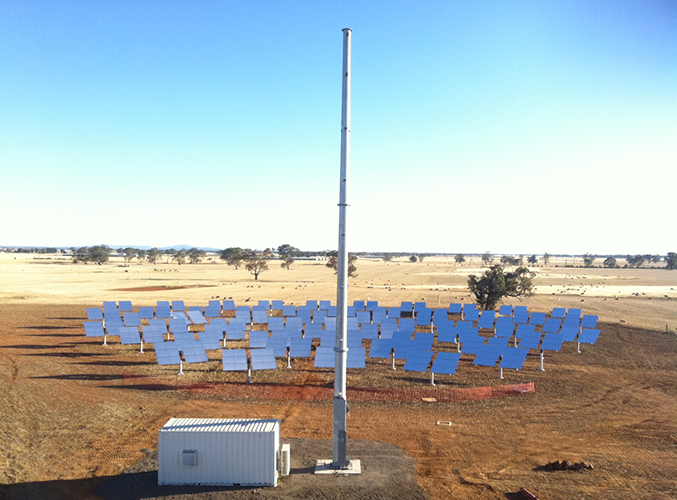 The project was a key step toward reducing the cost of commercial concentrating solar power to the point where it can compete with traditional carbon-based energy without subsidies.